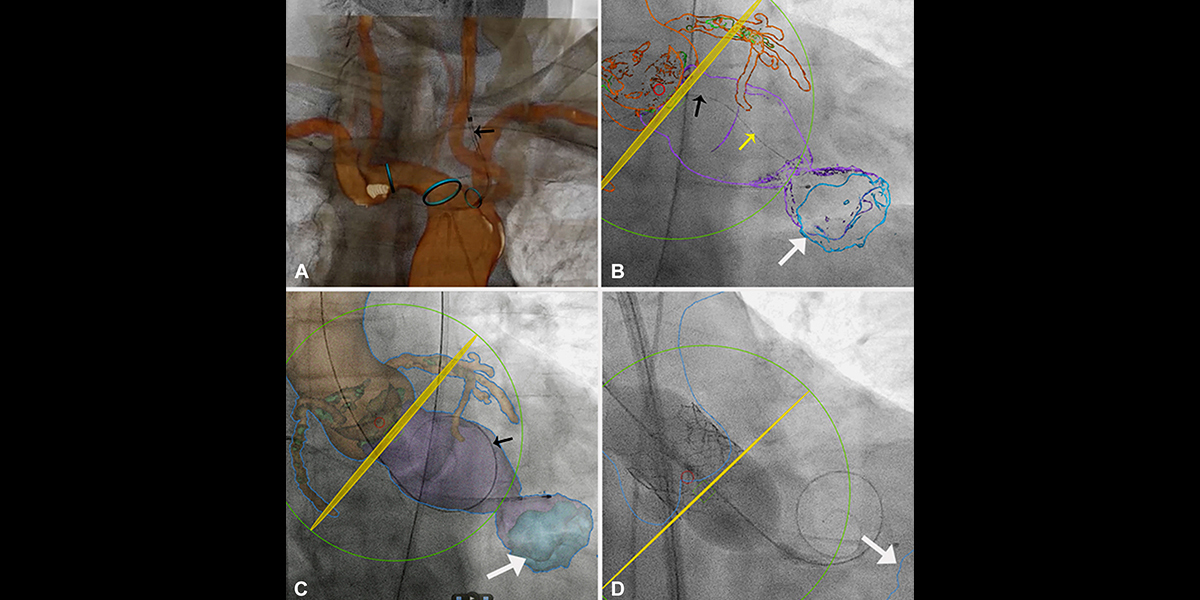 Cardiologists from the Structural and Congenital Heart Center and Cardiac Surgeons at Hackensack University Medical Center have reported what is believed to be the first patient with heart failure and a blood clot to undergo a minimally invasive transcatheter aortic valve replacement using CT fusion imaging. The case was documented in JACC: Cardiovascular Interventions.

“We believe this case is potentially groundbreaking because of its successful outcome and the fact that the presence of left-ventricle thrombus or blood clot has historically been considered to be a contraindication to transcatheter aortic valve replacement,” said Rahul Vasudev, M.D., the report’s lead author and interventional cardiologist at Hackensack University Medical Center. “Although the nature of catheter manipulation in the left ventricle during the procedure cannot guarantee absence of contact with the blood clot, advances in imaging technology and embolic protection may allow transcatheter aortic valve replacement, if a surgical alternative is not possible, to be performed with greater safety in this setting.”

The patient described in the published report was a 78-year-old man with a history of obesity, high blood pressure and coronary artery disease. His imaging workup revealed severe stenosis of the aortic valve, left ventricular (LV) ejection fraction of 45 percent to 50 percent, and LV apical aneurysm with thrombus. Cardiac catheterization showed severe coronary artery disease that was not amenable to minimally invasive procedures used to open clogged coronary arteries. He was started on anticoagulation with warfarin with planned follow-up.

The procedure was a success, and the patient was discharged in a few days and was doing well at his one month follow-up appointment.