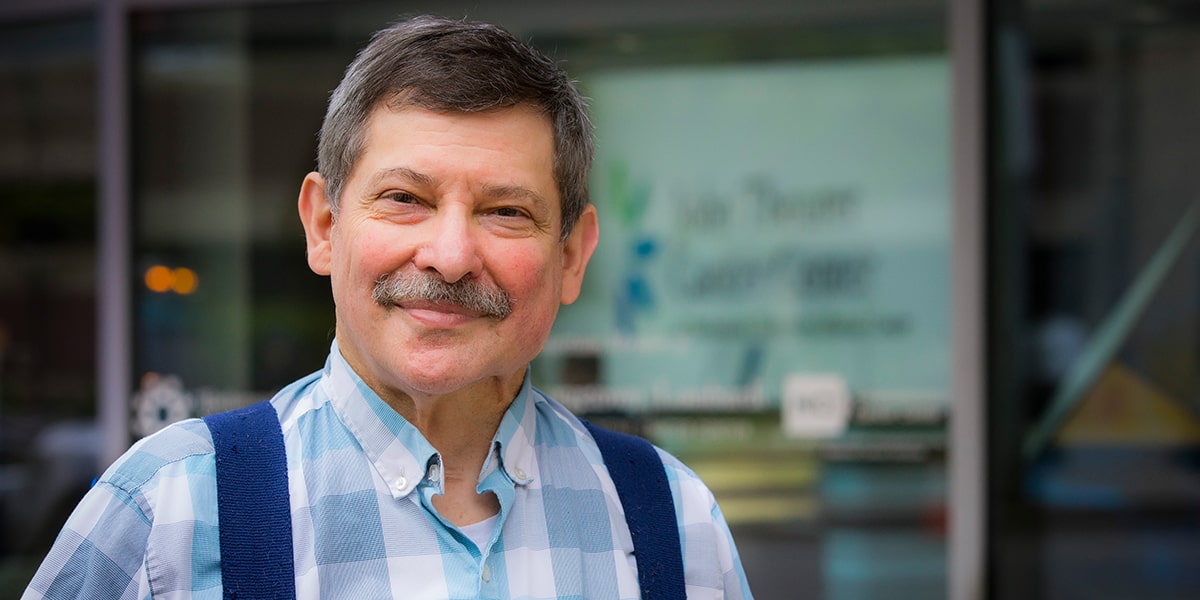 With CAR T-cell therapy, immune cells called T-cells removed from the patient are genetically modified using a disarmed virus to produce receptors on their surfaces called CARs, allowing the T-cells to recognize and attach to certain targets on cancer cells. The CAR T-cells are replicated and returned to the patient, where they can find, bind to and kill cancer cells.

Clinical trials of CAR T-cells in blood cancers have shown that even in patients whose cancer came back after multiple treatments, CAR T-cell therapy helped them achieve remissions that lasted for years. Others can live longer without their cancer getting worse, and in some cases can then benefit from curative cancer treatment such as stem cell transplantation.

One such patient, Michael Masterson, achieved remission for multiple myeloma as a CAR T-cell trial participant at John Theurer Cancer Center. He sought care at Hackensack University Medical Center in 2009 upon initial diagnosis.

Michael initially responded well to treatment with several medications—including an anti-cancer drug known as a proteasome inhibitor—and a 15-session course of radiation therapy. The myeloma was kept under control for three years, from 2009 to 2012.

However, in 2012, Michael’s cancer returned, and he again needed to reassess his treatment options. His care team recommended a tandem stem cell transplant, or two transplants performed a few months apart. Under the care of Michele Donato, M.D., chief of the Stem Cell Transplantation and Cellular Therapy Program at John Theurer Cancer Center, Michael’s transplant was a success, and he went into remission.

Michael received a transfusion of 450 million T-cells, and his body responded very quickly. He experienced several days of fever, indicating positive response to treatment, and tolerated the treatment well. He returned to work a few weeks later. In 2021, nearly three years after his CAR T-cell procedure, Michael remains in remission.