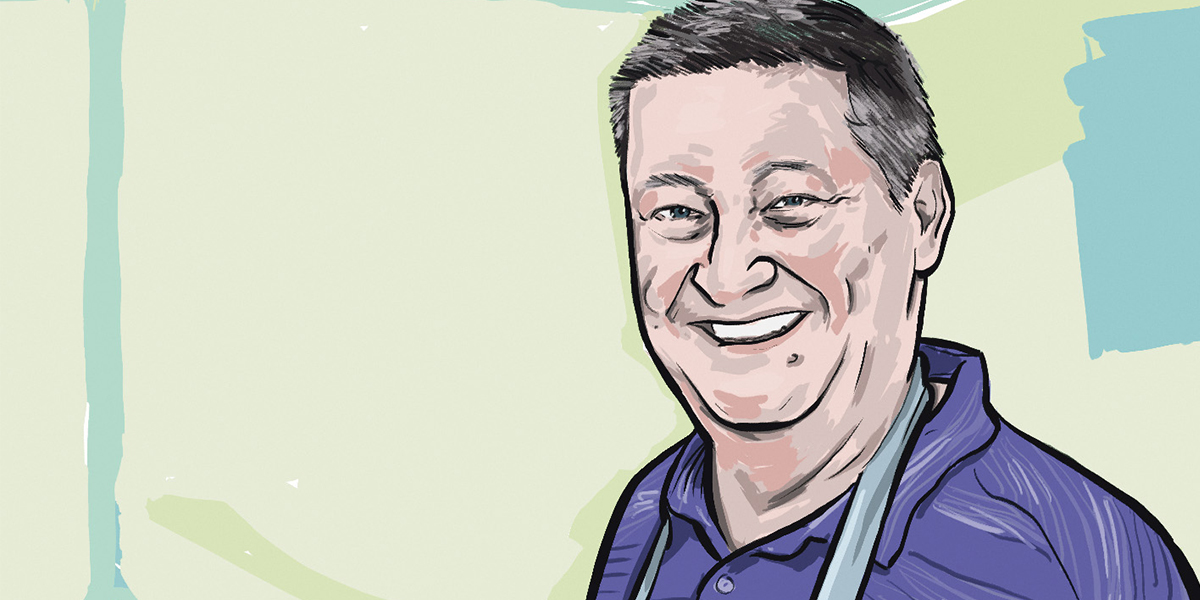 Clinical trials of CAR T-cells in blood cancers have shown that even in patients whose cancer came back after multiple treatments, CAR T-cell therapy helped them achieve remissions that lasted for years.

In 2017, his wife, Marie, read about the ZUMA-2 study of CAR T-cell therapy. Alain and Marie met with Andre Goy, M.D., M.S., chairman and director of John Theurer Cancer Center, and Alain decided to enroll.

Alain received the CAR T-cell treatment in June 2017. One month after the infusion, a scan showed a 30 percent reduction in the size of his lymph nodes. Two months later, there was no evidence of cancer in his body—a finding that has repeated itself every 90 days since.

Two other forms of CAR T-cell therapy were previously approved by the FDA to treat other types of cancer. The new treatment was the first to be evaluated in people with mantle cell lymphoma. In July 2020, the FDA approved this CAR T-cell therapy for people with mantle cell lymphoma. The treatment is under continued study and expected to be approved for other types of blood cancer.