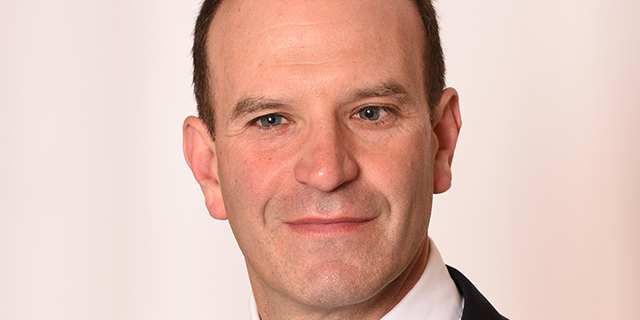 A new award-winning paper by Rothman Orthopaedic Institute surgeons and researchers affiliated with Hackensack Meridian Hackensack University Medical Center, published in a recent supplement of The Bone & Joint Journal, concludes that aspirin, which is well established as a preventive agent for deep vein thrombosis (DVT), is also effective to treat infrapopliteal DVT (IDVT), blood clots found in the calf muscle, and is associated with a low rate of clot progression or thromboembolic events.1 The paper has been honored as the Knee Society 2021 John N. Insall Award Winner that recognizes outstanding papers concerning clinical results and techniques.

“DVTs are serious because blood clots can loosen and lodge in the lungs. The optimal management of an infrapopliteal deep venous thrombosis, located in veins below the knee, following total knee arthroplasty has never been clear-cut for the clinicians managing postoperative care,” said Gregg R. Klein, M.D., the paper’s corresponding author from Rothman Orthopaedics and Physician Associate, Vice-Chairman, Department of Orthopedic Surgery, Hackensack University Medical Center, and Associate Professor, Department of Orthopedic Surgery, Hackensack Meridian School of Medicine. “This study, to the best of the authors’ knowledge, is the first to show that patients undergoing total knee replacement who developed blood clots below the knee can be effectively treated with aspirin. While the optimal management of these types of clots following knee replacement surgery needs further prospective study, treatment with aspirin could be a new standard of care in orthopedics.”

The paper states that the risk of IDVT propagation and symptom progression must be balanced against potential hemorrhagic complications associated with administration of anticoagulation therapy. The researchers conducted a retrospective analysis of a group of patients diagnosed with IDVT following total knee replacement who were treated with aspirin, followed closely for development of symptoms, and scanned with ultrasound to determine resolution of IDVT.

After obtaining Institutional Review Board approval, the researchers examined medical records of patients who underwent primary or revision total knee arthroscopy between January 1, 2014 to January 1, 2019 at one institution. All patients who had the surgery during the study period received DVT prophylaxis that included early mobilization, mechanical prophylaxis, and prophylaxis with aspirin, heparin, or warfarin based on their risk profile.

Overall, the rate of pulmonary embolism in the patients with IDVTs who were treated with aspirin was 0.2 percent, representing one patient.

Dr. Klein and his colleagues concluded that the results of the study demonstrated a low rate of IDVT propagation in patients managed with aspirin. Additionally, he said, no significant bleeding episodes, wound-related complications, or other adverse events were noted from aspirin therapy in the group of patients who were studied following their total knee replacement surgeries.

Study Methods
Among a group of 5,078 patients undergoing TKA, 532 patients (695 TKAs, 12.6%) developed an IDVT between 1 January 2014 to 31 December 2019 at a single institution, as diagnosed using Doppler ultrasound at the first postoperative visit. Of the entire cohort of 532 patients with IDVT, 91.4% (486/532) were treated with aspirin (325 mg twice daily) and followed closely. Repeat lower limb ultrasound was performed four weeks later to evaluate the status of IDVT.

Results
Follow-up Doppler ultrasound was performed on 459/486 (94.4%) patients and demonstrated resolution of IDVT in 445/459 cases (96.9%). Doppler diagnosed propagation of IDVT to the popliteal vein had occurred in 10/459 (2.2%) cases. One patient with an IDVT developed a pulmonary embolus six weeks postoperatively.

“In conclusion, the findings of this study are encouraging and provide impetus to consider treating patients with acute IDVT with aspirin, which appears to be an effective treatment for this type of blood clot,” said Dr. Klein. “It is inexpensive and well tolerated in patients, and lacks the major bleeding and wound-related complications that can occur with more potent anticoagulant therapy”

“Once thought to be inconsequential, the risk of IDVT propagation has shown to be a real risk in multiple studies. Therefore, until prospective studies can be performed regarding treatment for IVDT, we recommend the use of aspirin therapy when IDVT is diagnosed,” he added.

Research Earns Recognition with the Insall Award from The Knee Society

“We are immensely proud that the Knee Society chose to recognize this groundbreaking research by Dr. Klein and the other authors with the 2021 John N. Insall Award,” said Michael A. Kelly, M.D., chairman, orthopedic surgery, Hackensack University Medical Center. “The Award is a highly competitive honor named after my late surgical partner, Dr. John Insall, who was the father of total knee replacement in the United States and a past president of the Knee Society.