How One Stroke Survivor Made Remarkable Progress 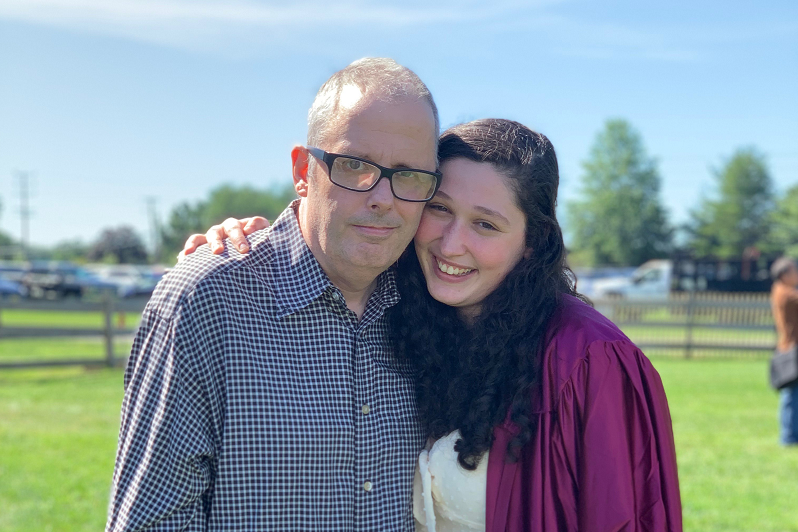 On February 2, 2020, James (Jim) Appio, then 51, of Little Silver, was taking his mother to get her COVID vaccine. While he was waiting for her in the car, he began to feel something was wrong. He called his wife, Dandi, and realized he was having trouble speaking.

“I didn’t notice that Jim was struggling to speak, but I called the ambulance and used the ‘find my phone’ feature to figure out where Jim was,” said Dandi. “After that, I kept trying to call his phone and he wasn’t picking up. He was unconscious when the EMTs found him.”

Jim had a hemorrhagic stroke caused by bleeding from a pseudo-aneurysm. He was taken to Jersey Shore University Medical Center where neurosurgeon Maureen Darwal, D.O., performed brain surgery, which required removing a piece of his skull.

“They told Dandi it didn’t look good, and they couldn’t be sure I would wake up, walk or speak again,” said Jim, who was unable to remember anything for three months after his stroke.

After Jim’s surgery, he spent six weeks in the intensive care unit at Jersey Shore.He was unable to move his right side, speak, eat, walk or sit up. To help his recovery, he was transferred to acute inpatient rehabilitation for approximately two months, where he made tremendous strides.

“After I came home from inpatient rehab, I was able to function, but I still needed help,” said Jim. “I used a cane and I could walk up and down stairs, but I had to use a wheelchair if I needed to leave the house.”

Jim continued his rehabilitation at home for a few weeks before he returned to Jersey Shore for a procedure called a cranioplasty to reattach the part of his skull that was removed during his initial surgery.

After his cranioplasty, Jim and Dandi knew that ongoing rehabilitation would be the key to Jim’s continued recovery. Jim began attending physical, speech and occupational therapy sessions three days a week at Johnson Rehabilitation Institute at Riverview Medical Center.

“When Mr. Appio first came to Riverview, he was having trouble performing daily independent living activities,” said physical medicine and rehabilitation specialist Jorge Corzo, M.D., who supervised Jim’s care at Riverview. “He had drop foot, which caused difficulty walking due to the inability to lift his foot. He also had challenges with language and thinking.”

“When I first met Jim, he had apraxia — a motor disorder that occurs when someone knows the word in their mind, but can’t say it with their mouth — as well as aphasia, which causes problems with the ability to find words and understand language,” said Barbara.

Jim’s therapy team met regularly to discuss his progress and care plan, often combining therapeutic tasks — such as doing arm movements while counting out loud — to optimize his recovery.

“Our team worked together to prioritize Mr. Appio’s care needs at every stage of his recovery, and everyone had a role to play,” said Dr. Corzo. “We don’t save lives, but we give people back their lives.” 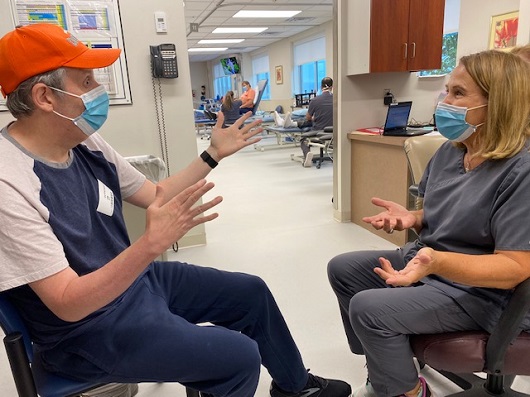 A Lifetime of Ongoing Support

Jim will continue to check in with Dr. Corzo and his therapists as he makes new strides in his recovery, and he’s participating in the Driver Rehabilitation Program at JFK Johnson Rehabilitation Center in Edison so he can safely get behind the wheel.

And although Jim is still managing ongoing fatigue, and needs to use strategies he learned in therapy to complete everyday tasks, he said the support of his family — including his mom, wife and children — and his therapy team give him the motivation to keep going.

“My brother died five years ago in a car accident, and my father died one year later from cancer,” said Jim. “When I had a stroke, I knew I needed to do everything I could to recover for my mom and my family — I am young for a stroke survivor, and I feel like if I work at it, I can get close to normal eventually.” 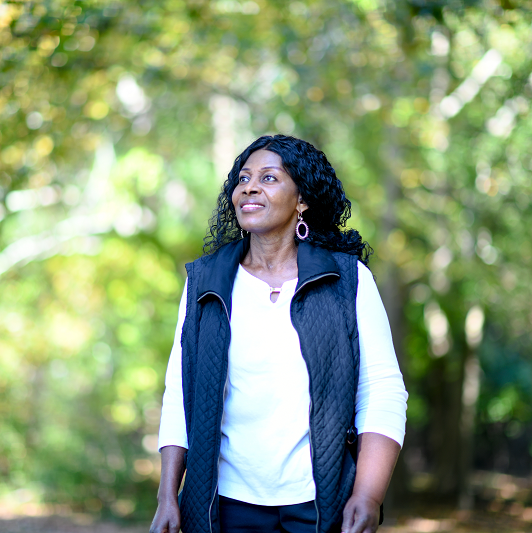 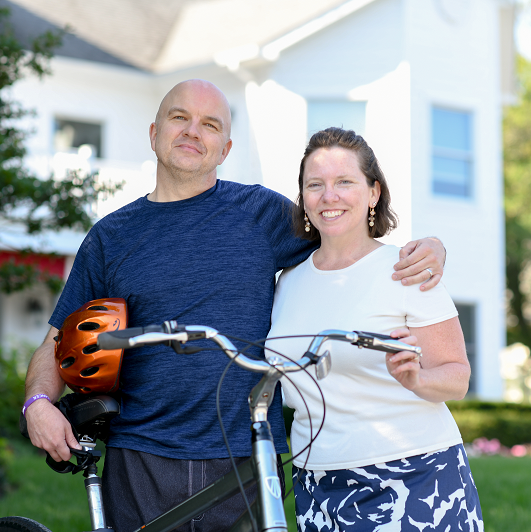 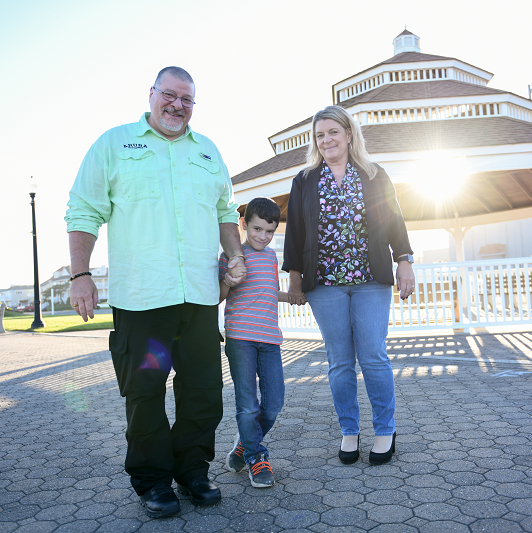 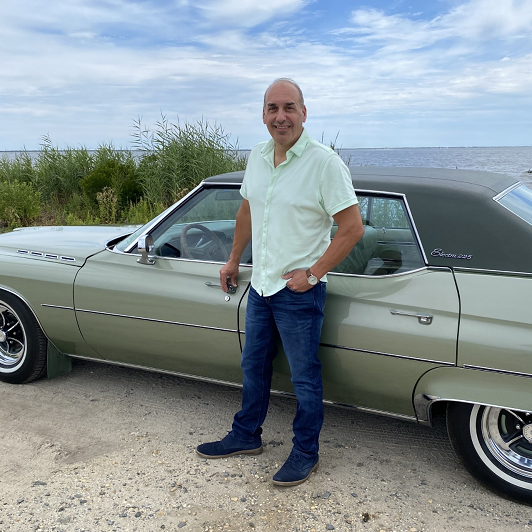 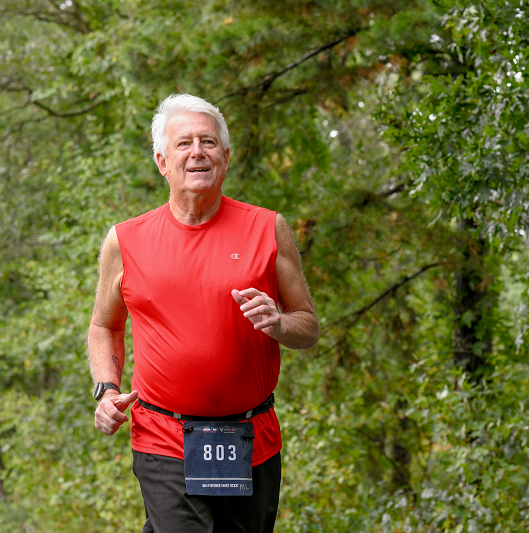 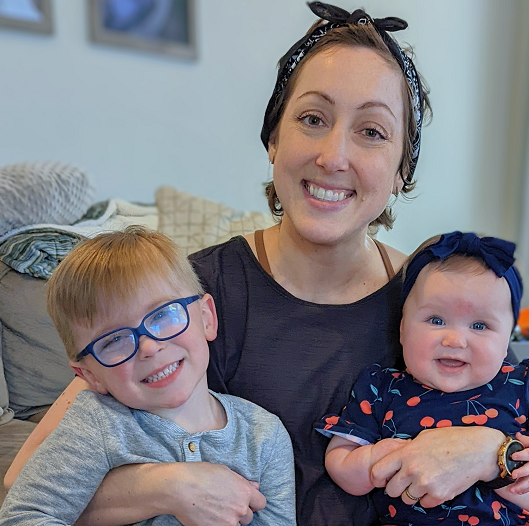