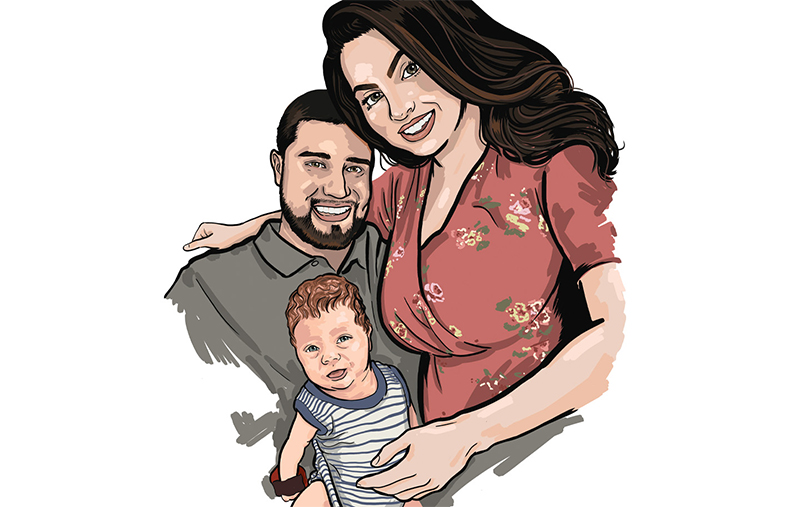 The last time she was awake, Maria, who lives in Fords, New Jersey, was 28 weeks pregnant and struggling to breathe. She began feeling sick on March 18 and was admitted to Raritan Bay Medical Center-Perth Amboy six days later, just as New Jersey was making a steep upward climb in COVID-19 cases. Though the results of her COVID-19 test wouldn’t confirm she was positive for another three days, a chest X-ray and negative influenza test highly suggested that she had contracted the virus.

Within hours, she was transferred to the intensive care unit (ICU) at Jersey Shore University Medical Center, where her condition worsened. Two treatment options—positioning Maria prone on her stomach and putting her on a ventilator—had not yet been studied in pregnant women, but the rate of her decline demanded quick action. Obstetricians Pamela Schultz, M.D., FACOG, and Noelle Aikman, M.D., consulted with maternal and fetal medicine specialist Sheveta Jain, M.D., and critical care intensivist Eric Costanzo, D.O. They decided that, in order to give Maria the lifesaving treatment she needed, they would conduct an emergency C-section immediately after she was intubated and placed on a ventilator.

Fortunately, Maria remained stable long enough to administer steroids to accelerate fetal lung development and magnesium for neuroprotection. Maria got some final words of encouragement over video chat with her husband, Alexian Acevedo, her mother and her grandparents, who could not accompany her due to COVID-19 restrictions. “A month before that date, my grandfather had passed away,” Maria says. “They just told me, ‘He’s watching you and watching over the baby. He won’t let anything bad happen to you.’”

Drs. Schultz and Aikman made their own preparations. They reviewed new protocols and guidelines from hospitals in New York and northern New Jersey, which at the time were seeing a much higher number of COVID-19 cases than southern New Jersey. The worldwide lack of information on how to treat pregnant women with the virus meant they would be blazing new trails. Maria would be the first COVID-19-positive C-section at Jersey Shore.

“Nothing about Maria’s case felt routine,” Dr. Schultz recalls. “We knew that once a COVID-19 patient was on a ventilator, the virus could be aerosolized, so we were taking extra precautions with full personal protective equipment, double masking, plastic shields and minimizing staff in the operating room.”

Maria’s surgery was a success. Alexian Acevedo Jr. was due to make his debut in the world on June 18. Instead, he arrived March 27, almost three months early and at just 2 pounds.

“The entire case was a shining example of a multidisciplinary approach to medicine,” Dr. Schultz says. “Without each team from various departments collaborating and relying on one another, the care of Maria and her baby—and all COVID-19 patients—would be impossible.”

Maria recovered quickly. After three days on the ventilator, her vitals returned to normal. “Likely, part of the reason Maria recovered so well was that the ICU team could resume their care plan and that her body was able to focus on supporting itself,” Dr. Schultz says.

Her condition improved, but Maria was still COVID-19-positive. So the closest she could be to Alexian Jr. were the photos of him that staff put up around her room. Alexian Jr. tested negative for the virus, but he had to spend nearly 10 weeks in the neonatal intensive care unit (NICU) at K. Hovnanian Children’s Hospital at Jersey Shore, so he could grow and recover from some infections.

“Feeding was also a challenge because he had multiple episodes of abdominal distension,” says Carmelita Mabanta, M.D., neonatologist at Jersey Shore and the Children’s Hospital. A biopsy confirmed Alexian Jr. had Hirschsprung disease, a condition that affects 1 in 5,000 newborns and causes an absence of nerve cells in a segment of the large intestine. “He underwent surgery without any complications and tolerated feedings thereafter,” Dr. Mabanta adds. 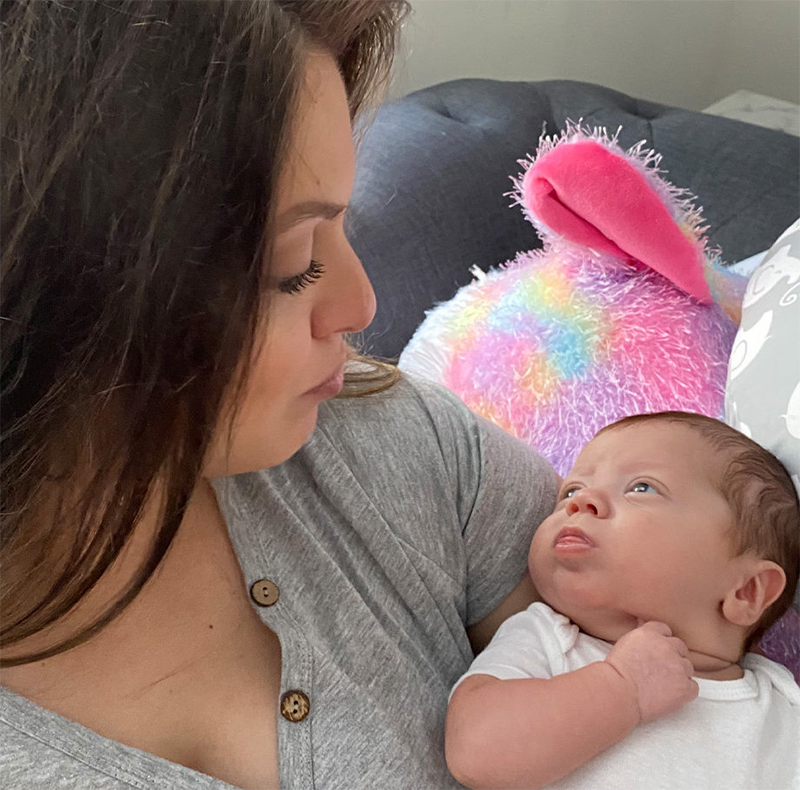 For the first three weeks that their son was in the NICU, the Acevedos could only watch him on a webcam. Although they had both recovered from the virus, they continued to test positive week after week. Finally, on April 25, they were able to meet Alexian Jr. in person.

“When we got [to the NICU], all the nurses and doctors were clapping for us,” Maria recalls. “They recorded a video of us meeting our son. They really did everything they could to help us, especially to help us see our baby. They really fought for us.”

Maria and Alexian brought their son home on June 4, and they say life has been sleepless but happy. “We can’t put him down because we’re making up for lost time,” Maria says. “You never think this could happen to you. The best moment of this year was taking Alexian Jr. home and getting our lives started.”

Are Pregnant Women More at Risk for COVID-19? 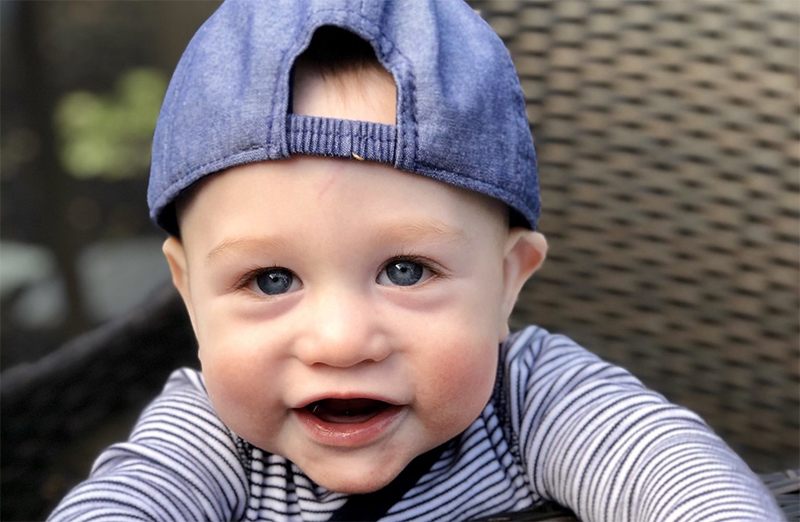 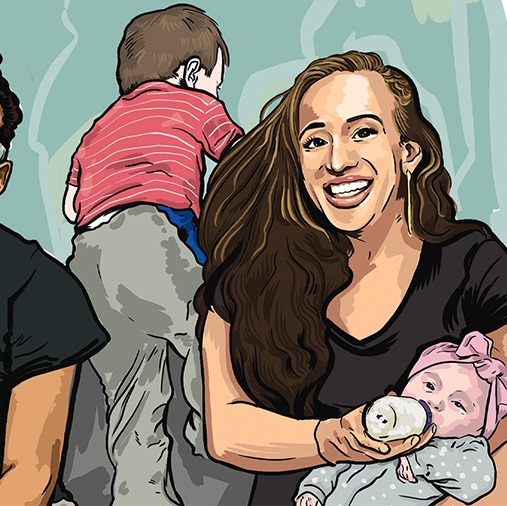 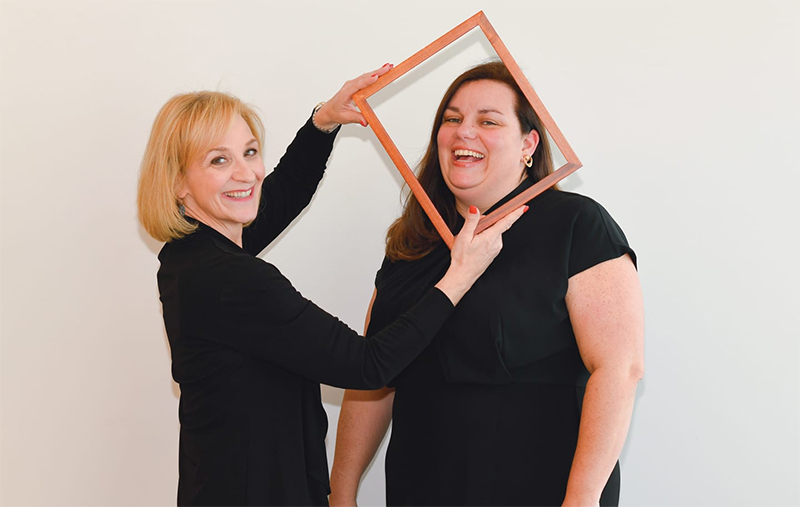 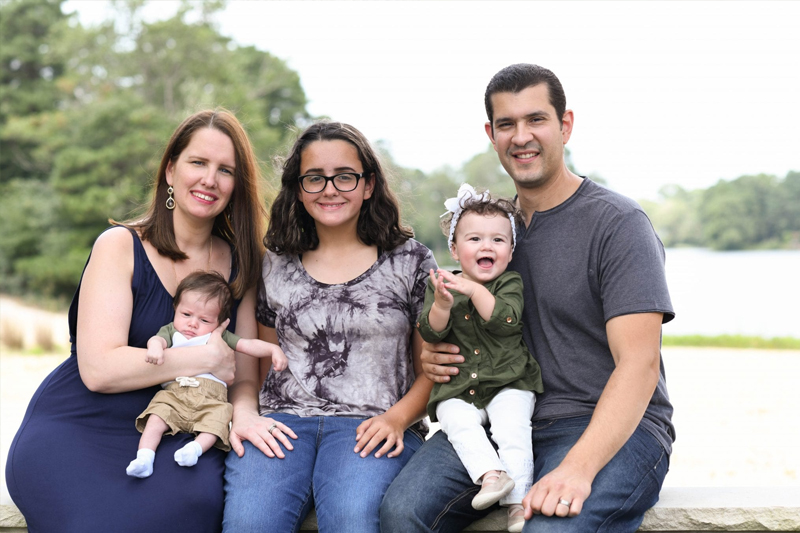 After a heartbreaking loss, a Brick Family welcomes two healthy babies, thanks to expert medical care.