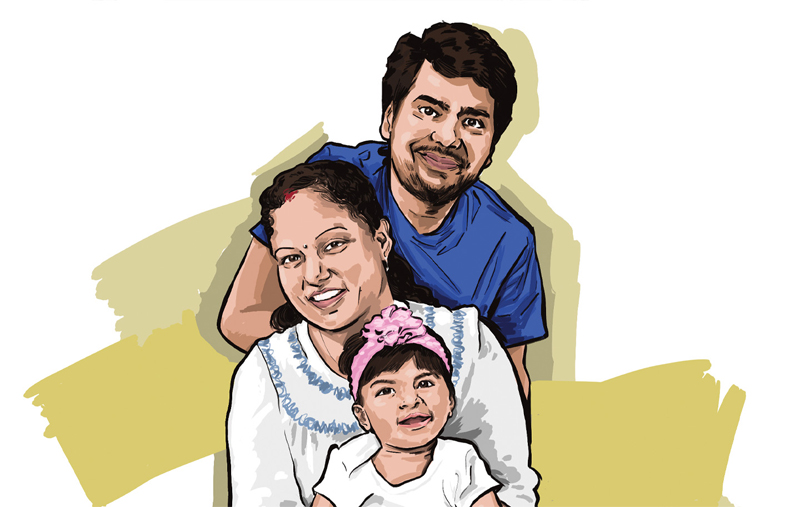 Weeks later, the first-time parents brought their baby home to their new house in Jersey City, New Jersey. They have no family in the United States, since they moved here six years ago from India. But there were plenty of photos and video calls with friends and family around the world.

For three months, Shanaya was a happy, bouncing baby. But by mid-October, her parents began to notice something concerning.

“Everything was fine, but then we saw she was stiffening her body and pulling her knees in tightly,” Alok says. “We saw it happen two times on the same day, so we called the pediatrician right away.”

Their pediatrician referred her to Joseph M. Sanzari Children’s Hospital at Hackensack University Medical Center for further evaluation. Alok made an appointment, but as the frequency of Shanaya’s episodes increased, he didn’t think they could wait until then. He and Sukriti decided to take their 3-month-old baby to the emergency room at the Children’s Hospital. There, Shanaya was admitted.

Alok and Sukriti met with pediatric neurologist Yelena Roshchina, D.O., who diagnosed Shanaya with infantile spasms, one of the most serious forms of a seizure disorder that, without early detection and treatment, could lead to intellectual disability, autism, lifelong epilepsy and even death.

Dr. Roshchina’s first approach was to treat Shanaya with medication. “When you have a patient who presents at this early age with epilepsy, you always exhaust non-surgical methods first,” says Georges Ghacibeh, M.D., a pediatric epileptologist. “The key is to move quickly, which means you start with one approach, and if it’s not working within a month or two, you change course.”

They tried a first-line medication that helped reduce her seizures from roughly 20 a day to 15. That was progress, but the goal was to stop the seizures entirely, as the more seizures she had, the more brain damage could occur. By December, they moved to a different medication, which Alok had to inject into his daughter’s leg twice a day. Not only were the injections difficult to administer, they made Shanaya miserable. She couldn’t eat or sleep, and she cried incessantly. “She was a completely different baby than the previous few months,” Alok says. “When the seizures came, she would cry inconsolably for 30 minutes. We were absolutely exhausted.”

On January 1, 2020, Shanaya’s family met with Dr. Ghacibeh to reassess the situation. He listened to their stories, reviewed her history and reports, and presented a possible path forward: brain surgery.

Identifying a Cause at Long Last

Although Alok and Sukriti knew they might have to turn toward surgery, they were not quite ready to take that step. They tried one more nonsurgical treatment: A strict ketogenic diet, which was high in fat and low in carbohydrates and protein, provided hope that it could reduce or even prevent seizures for Shanaya.

But at only 6 months old, Shanaya had been exclusively breastfed until then. Getting her to drink a tasteless, fatty formula from a bottle was incredibly difficult. “She vomited or refused to eat entirely,” Alok says. “She was getting weak, didn’t want to play, wouldn’t sleep in her bed and cried constantly.”

Meanwhile, she was still having seizures. Several MRIs, CT scans and genetic tests all came back normal, making it challenging to find out where the seizures were coming from. “Electroencephalography [EEG] studies had been done since the beginning of her care,” Dr. Ghacibeh says. “Because the EEG studies had consistently shown a pattern suggesting seizures may be starting in a specific part of the brain, a PET scan was ordered.”

PET scans use a special dye containing radioactive tracers to find an abnormality even when the brain looks normal. Finally, Shanaya’s family would discover the source of her seizures: her right posterior quadrant.

The Road to Becoming Seizure-free

Dr. Ghacibeh discussed Shanaya’s case at a multidisciplinary epilepsy conference, where it was determined that she was an excellent surgical candidate.

In August, Shanaya was referred to pediatric neurosurgeons Luke Tomycz, M.D., and Robert Goodman, M.D. Because her condition was deteriorating so rapidly, her parents had to make the decision quickly. After weighing all of the possible risks and benefits, they opted for surgery.

On October 2, 2020, Drs. Tomycz and Goodman performed a four-hour surgery to remove the affected portion of her brain, a procedure called a posterior quadrant disconnection.

The surgery was a success, and Shanaya’s seizures stopped immediately. While she will have loss of her left-side peripheral vision, she will readily compensate for this. Most importantly, the likelihood of her having another seizure is almost zero.

“Because we caught it so early, we hope and expect Shanaya to have a normal life. Her brain is still so young, so she will adapt,” Dr. Tomycz says. “Surgery for intractable epilepsy is one of the most under-utilized types of interventions in medicine today. In many cases, children and parents become resigned to a lifetime of unremitting seizures without realizing they have options.”

After seven days in the hospital, Dr. Tomycz sent Shanaya home, so she could have more space to play and recover. Today, not only is she standing and holding her bottle on her own, she continues to be seizure-free.

“Shanaya is doing fantastic at the moment, and she is the happiest little girl,” Alok says. “We couldn’t be prouder of her as she continues to amaze us every day. We are forever grateful to the team who worked together for Shanaya. I don’t have enough words to express my appreciation to them.”

In Sanskrit, Shanaya means “first ray of the sun.” As her parents navigate life with a healthy, seizure-free toddler, a new day has most certainly dawned 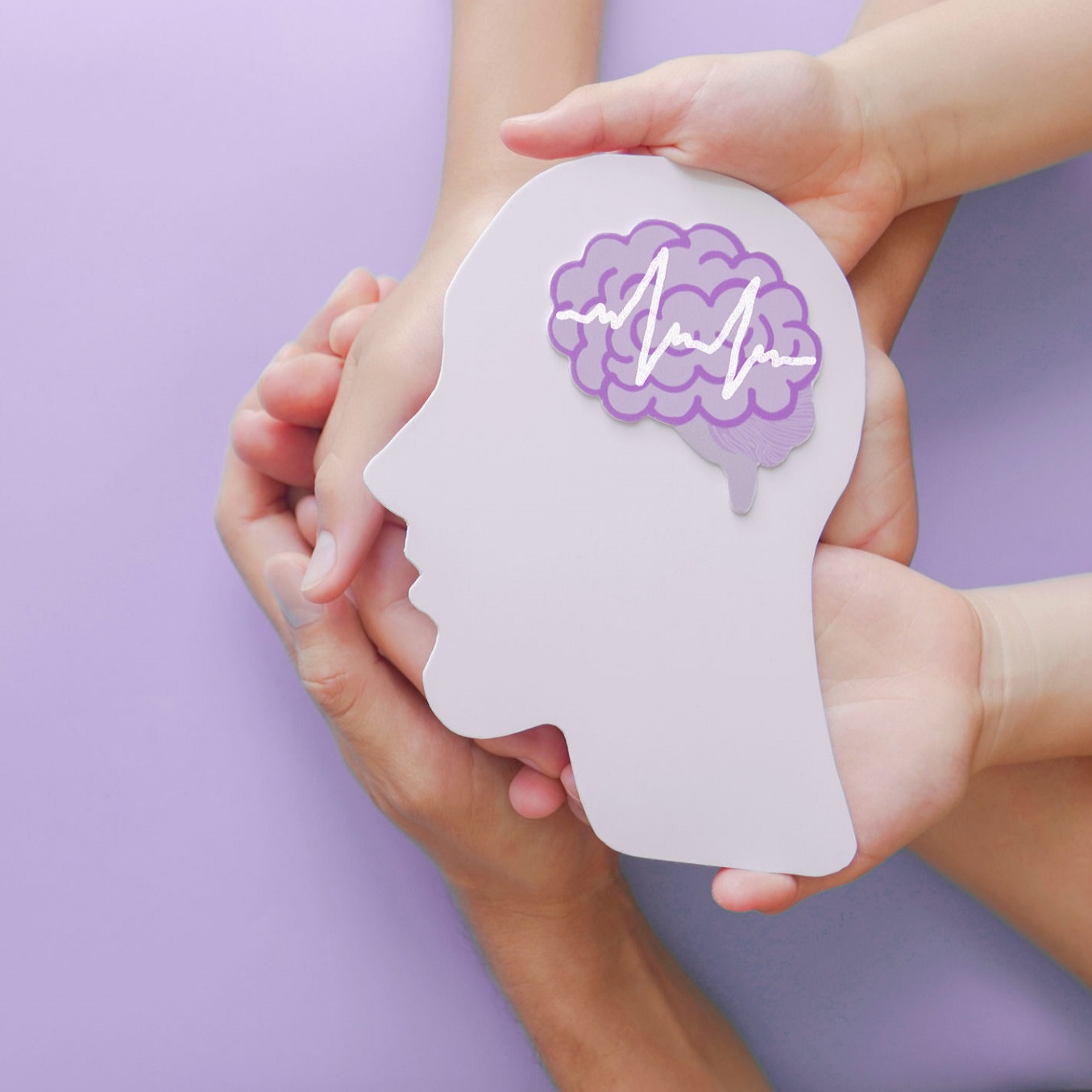