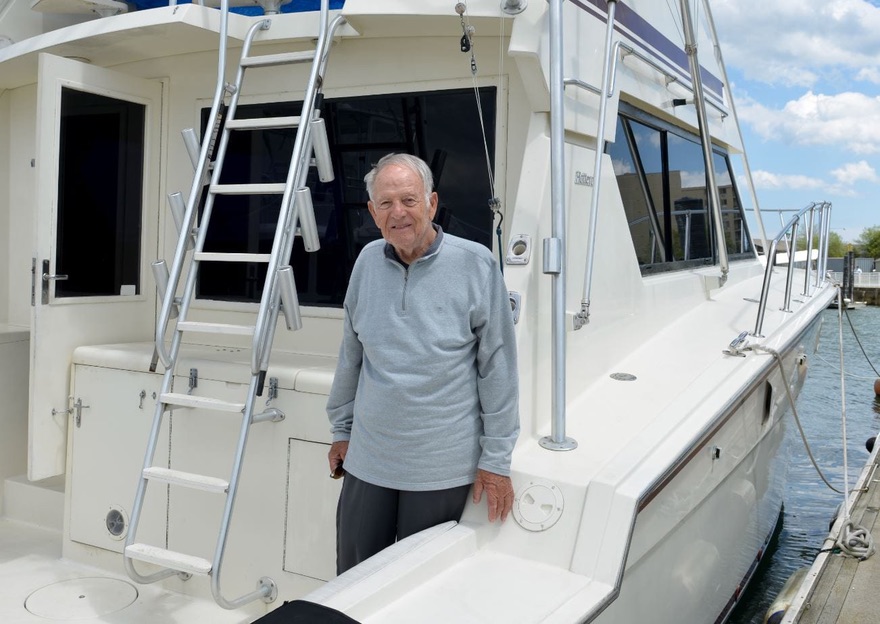 When Martin Tave, then 84, was diagnosed with cancer in 2011, he gave his medical oncologist, Stephen Windsor, M.D., affiliated with Riverview Medical Center, a photograph of his fishing boat as a reminder that he wanted to return to the water as soon as possible.

Martin had a combination of surgery, chemotherapy and radiation at Jersey Shore University Medical Center to treat his advanced rectal cancer.

“Our multidisciplinary approach to cancer care combines the expertise of interventional radiologists and surgical, radiation and medical oncologists, allowing us to align on the best possible treatment plans for our patients,” says Thomas Lake, M.D., Martin’s colorectal surgeon.

Martin did well for three years, but in 2015, physicians discovered that a large lesion from his rectal cancer had migrated to his liver. Because of his existing medical conditions, surgery was too risky, so his team of Jersey Shore cancer experts turned to a new state-of-the-art nonsurgical option: yttrium-90 (Y-90) microspheres.

Martin was the first patient at Jersey Shore to benefit from Y-90 treatment, which uses a catheter to deliver tiny beads of microspheres containing a radioactive element that destroys cancer cells. Interventional radiologist Rajiv Biswal, M.D., performed the procedure, which eradicated the cancer.

In February 2016, a PET scan showed a new cancerous lesion in a different section of Martin’s liver. He underwent the Y-90 treatment again and a year later, Martin’s scans showed no return of the cancer.

“This is an exciting time because there are many innovative therapies available now and on the horizon that offer better outcomes for oncology patients,” says Dr. Windsor. “People used to think the worst after a cancer diagnosis, but that’s not the case anymore. For some patients, like Martin, cancer can become more like a chronic disease.”

Now 90, Martin is thankful Jersey Shore could provide him with the various treatments he needed to restore his quality of life.

“I’m a tough old guy, and treatments like Y-90 are very beneficial for people like me,” Martin says. “Now, when you have cancer, the experts have the know-how and the technology to get rid of it, like they did for me.” 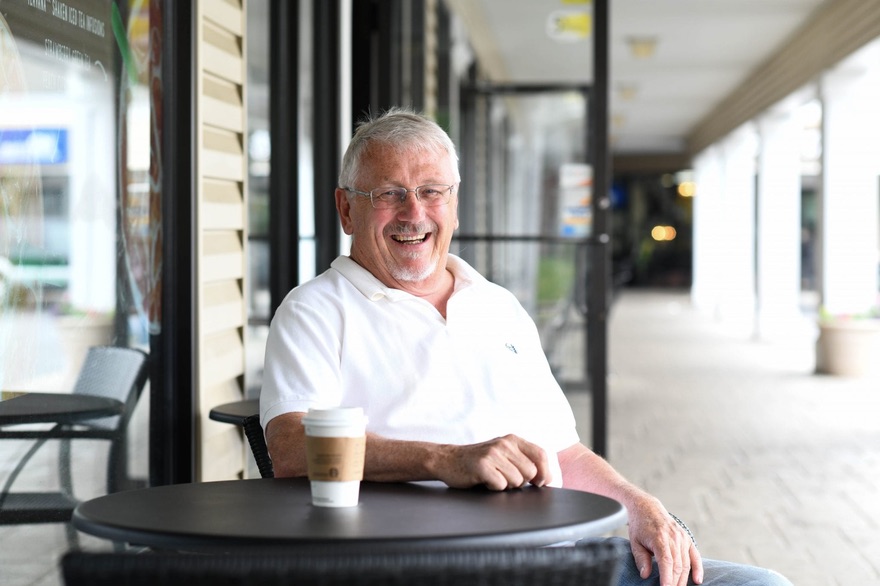 Ride On After Lung Cancer