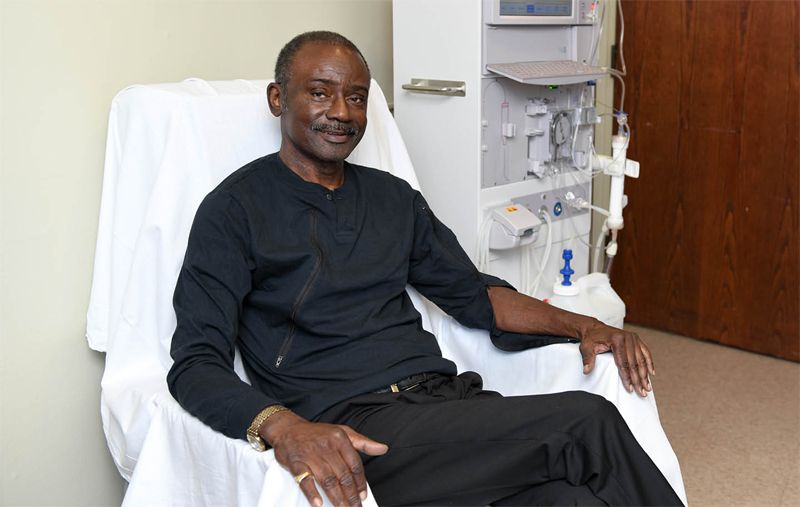 Dr. Salazer took Charles on as a patient and discovered that Charles’ kidneys were failing due to diabetes-related damage.

From Transplant to Dialysis

When kidneys don’t function properly, they can’t do their usual job of filtering the blood, removing waste products and maintaining electrolyte balance. The body’s fluid balance can quickly go off-kilter, raising blood pressure and leading to problems in several organs, including the heart.

The usual treatment for kidney failure is dialysis. During the procedure, a tube is placed into the patient’s artery, and blood flows out through a mechanical filtration system and back into a vein. The process usually takes four to five hours and must be done two or three times a week.

Charles was preparing to commit to dialysis, but he fortunately received word that a matching kidney was available for transplantation. He got the transplant in 2010 and continued to see Dr. Salazer for regular monitoring afterward.

“He watched me very closely after the transplant,” Charles says. “On Oct. 21, 2017, when I went in for a routine checkup, he looked at me and said, ‘It’s time.’ I couldn’t understand what he meant until he told me that the fluids were starting to back up around my heart because my kidney transplant was failing.”

“I discovered a pericardial friction rub, a life-threatening emergency,” says Dr. Salazer. Charles wanted to take the weekend to absorb this news, but Dr. Salazer was insistent. “He said, ‘You don’t have the weekend. You have to go in tonight for dialysis,’” Charles recalls.

He was wheeled up to the fifth floor and immediately started dialysis. After his condition stabilized, he was released and put in touch with an outpatient dialysis clinic.

Charles resigned himself to his new reality of regular dialysis and faithfully complied with his doctor’s orders. “It’s hard, but it’s keeping you alive,” he says. “So I formed a love-hate relationship with the dialysis machine.”

Besides the forced inactivity, Charles says the facility was chilly and patients didn’t want to talk to one another. “I noticed in a room of about 20 or 25 other patients, no one was talking to each other. So I decided to try to start a support group in the local area,” he says.

Charles faced a bit of an uphill climb with his mission. He didn’t want to hold the meetings in the dialysis facility, fearing that people wouldn’t want to come back to a place where they spend hours getting treatment. His church agreed to let the group meet there, but then that building was shut down because of a mold outbreak.

But he didn’t give up on his desire to make the dialysis experience better for anyone who had to undergo it. His determination took him in a slightly different direction.

“I noticed something: the embarrassment—especially for women—of having to disrobe and prepare themselves for their dialysis treatment. Also, the facility is cold to protect the patients from bacteria, and it’s unpleasant because your body is going through temperature changes with the filtration of your blood,” Charles says. “I designed a garment to deal with the temperature fluctuation, which provides an additional layer of insulation for a dialysis patient. Also, it removed any stigma I had as to having others know I had a chronic disease.”

Charles designed his garment to meet several needs. First, there are zippers on the sleeves that allow the nurse to access the fistula, the site where he is connected to the dialysis machine. This allowed him to wear the shirt to and from the center without having to change clothes at the facility. “It had an added feature where I can put in a gauze pad to catch any blood leakage at the site.”

“They are also seeing that my garment could be useful for people on chemotherapy. Because there’s also a port for people who have catheters, it’s easy to access that as well,” Charles says. “The garment keeps them warm and restores patients’ dignity. Plus, it’s very stylish.”

As of today, Charles has received a second kidney transplant, and his long-term prognosis is good. And that’s good news both for Charles and the fashion world. 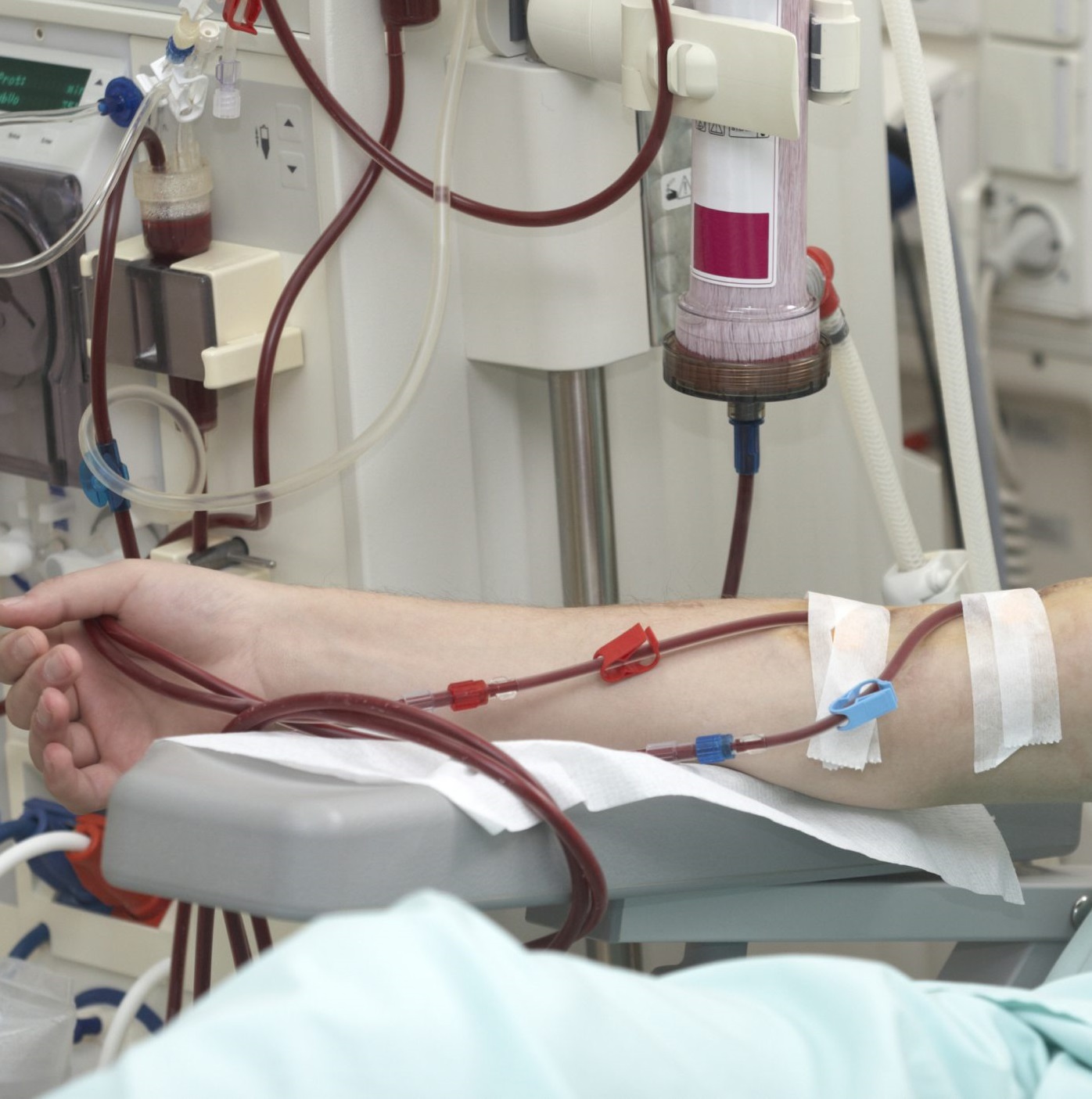 Take these steps handle visits to the dialysis center, both physically and emotionally.

Thinking About Becoming an Organ Donor?