Step by Step After COVID-19 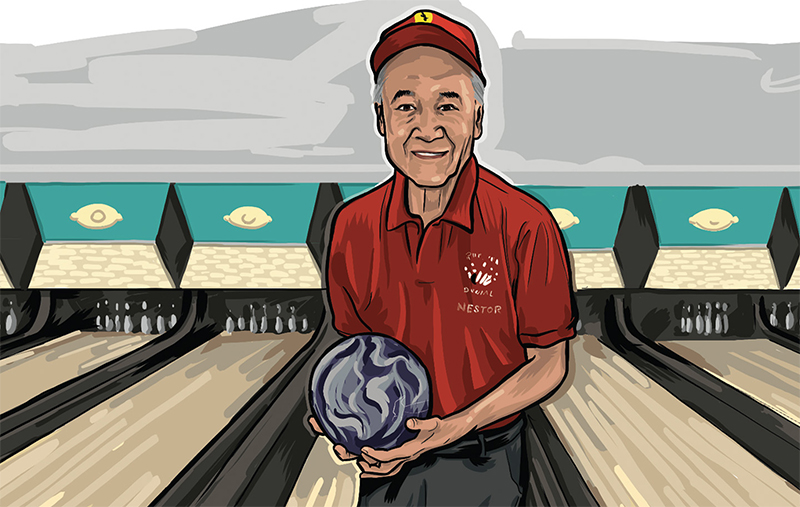 In early March 2020, Ernesto Averia, a 73-year-old from Edison, New Jersey, had a pleasant lunch with some friends, including one who had recently hosted an overseas visitor. Ernesto and his wife, Lourdes, didn’t think much of it until about a week later when one of the people they had lunch with was admitted to the intensive care unit (ICU) at JFK University Medical Center. A few days later, Ernesto and Lourdes felt themselves getting the chills and went to JFK to be tested for COVID-19.

After three days, Ernesto and his wife found out they were both positive. While Lourdes was able to quarantine at home safely, on a Sunday afternoon, Ernesto began to feel a severe shortness of breath and called an ambulance. He spent the next 21 days in the ICU at JFK, most of the time heavily sedated and intubated.

“I didn’t know what was going on,” Ernesto says. “My wife and family were in constant contact with the hospital because they couldn’t be there with me. Later, I was told my condition worsened and they asked my wife for permission to use a trial medicine, Remdesivir. She gave approval without hesitation, and every day after I started taking that medicine, I improved.”

While it was an incredibly difficult three weeks for Ernesto and his family, he survived and safely transitioned to the inpatient service of Christine Greiss, D.O., at JFK Johnson Rehabilitation Institute. There, he worked with both the occupational and physical therapy teams on issues related to his pulmonary compromise and deconditioned state. In addition to the expected therapy to deal with issues stemming from COVID-19, Ernesto also suffered a nerve compression injury in his right thigh while in the ICU, which caused his right quadricep to atrophy and wither so much so that he couldn’t walk.

“With the COVID-19 pandemic, we are seeing a large influx of patients who have become extremely debilitated due to the fact that they’re in the hospital for such long stays,” says David P. Brown, D.O., medical director of electrodiagnostics and sports medicine in the Department of Physical Medicine and Rehabilitation at JFK Johnson. “Many COVID-19 patients required extended ventilator support, and that can cause them to get extremely weak and deconditioned. They’re having difficulty walking and doing other daily activities. Ernesto is unique in that he had those issues plus severe nerve damage.”

Once Ernesto was at JFK Johnson, Dr. Brown and his colleagues did a full analysis of his capabilities. “You have to be very mindful of a patient that just came out of COVID-19,” Dr. Greiss says. “We determine a unique approach for each patient based on their individual needs, and we have different specialists to address the many issues that can occur.”

Adds Ofure Luke, M.D., who also treated Ernesto at JFK Johnson, “A personalized treatment plan is key for functional recovery. There are additional considerations to the rehabilitation plan of care for patients with respiratory compromise due to COVID-19, as they may have a decreased tolerance for exercise.”

Having a multidisciplinary team that can diagnose and treat an array of issues enables the team at JFK Johnson to effectively care for patients like Ernesto. “Collaboration among the inpatient and outpatient treatment teams, including physicians, therapists, nursing staff and social workers, has helped advance Ernesto’s overall treatment plan and progress,” Dr. Luke says.

In Ernesto’s case, he was initially released back home in May, and he was walking with the aid of a medical brace provided by Heikki Uustal, M.D., medical director of the Prosthetic/Orthotic Team at JFK Johnson. While this brace helped Ernesto move more easily, he had an unfortunate accident getting into a car that damaged the brace. “Dr. Uustal decided to create a stronger brace for me, custom made of stainless steel,” Ernesto says.

Dr. Uustal explains why it was critical to address Ernesto’s issue and create a new, better brace for him. “For him to recover, it’s going to take a year or more,” he says. “As he improves, gets stronger and gets more active, the brace has to be durable enough to tolerate not only the little activity that he can do now, but also higher levels of activity he will be able to do in the future. Our goal was to quickly ramp up and make him an appropriate brace that would be stabilizing and fit properly.”

This was not an easy task to accomplish during the pandemic. Creating prosthetic or orthotic devices requires repeated contact with the patient for processes like casting and fitting a brace, as well as interaction between the specialists creating the devices. Careful safety precautions have been established and followed.

The team at JFK Johnson is working hard to ensure that patients like Ernesto can return to their normal lives, even if it means dealing with a brace or an oxygen machine.

“I have a long way to go, but I’m hopeful that I will be able to get rid of my respiratory issue in the next two or three months, but my leg needs time,” Ernesto says. “I like to bowl—I’m in a bowling league—and I’ve been simulating my bowling form and approach with my stronger leg. It looks like, even with my condition, I’ll still probably be able to bowl with a lighter ball.”

Beyond looking forward to his next trip to the bowling alley, Ernesto is grateful for the work his doctors have done to bring some of his quality of life back after spending three weeks in the ICU. “I can say that the coronavirus is a highly contagious and vicious virus, and everyone should do what they can to stay away from it,” Ernesto says. “I am grateful for my doctors and my family for their persistence in taking care of me.”

Rehab in the Times of COVID-19 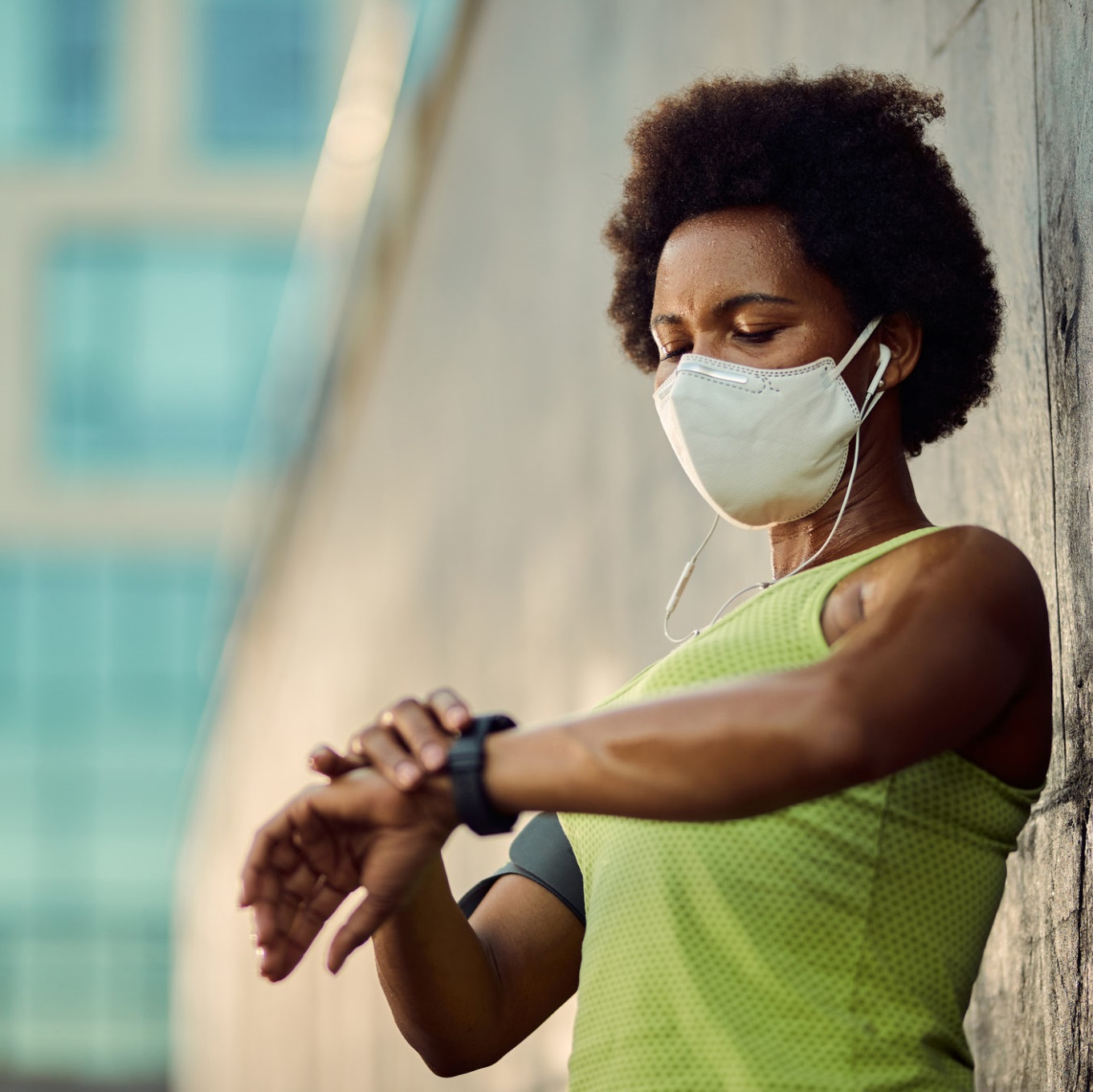 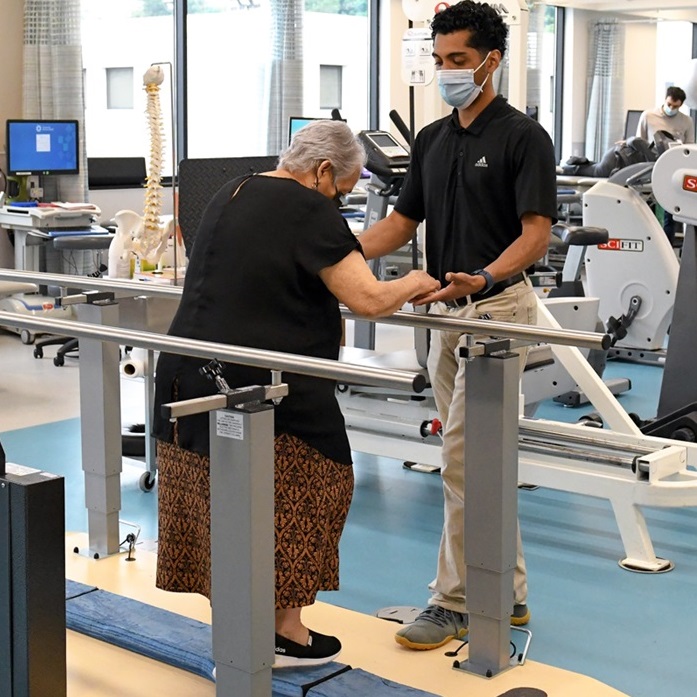 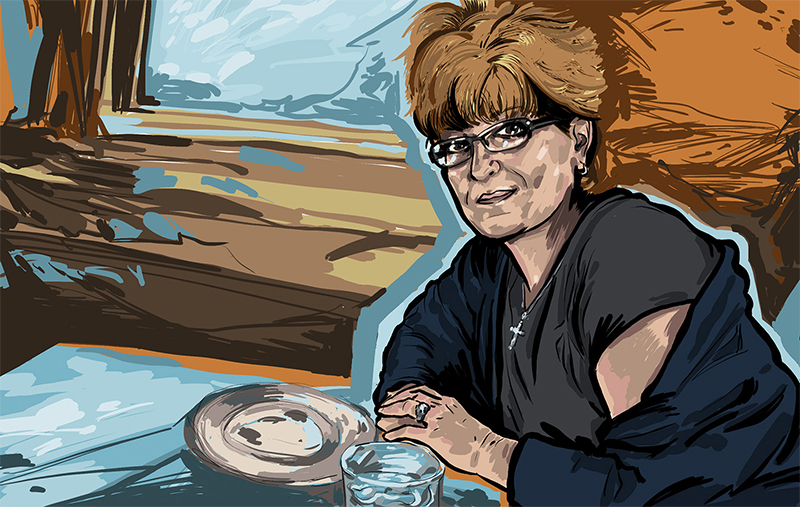