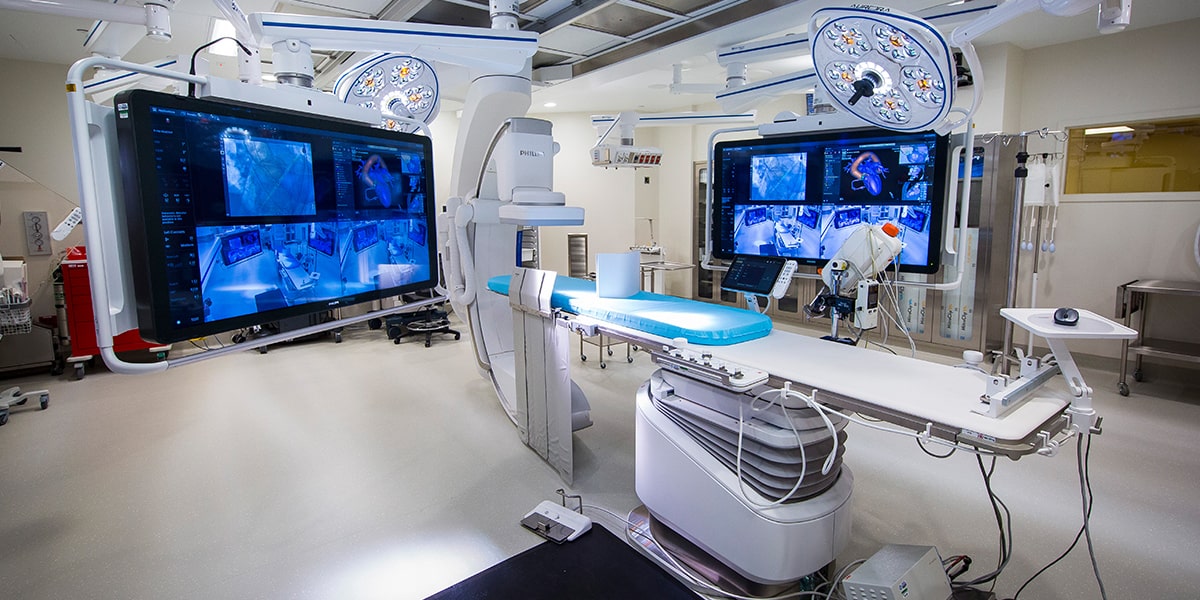 Hybrid AFib ablation available at Hackensack Meridian Hackensack University Medical Center gives patients with hard-to-treat atrial fibrillation not responsive to previous conventional ablation a new procedural option for the management of the most difficult to treat arrhythmias. In this novel model, a cardiac surgeon and electrophysiologist work together to access the heart from both the inside and out minimally invasively.

Hackensack University Medical Center performs the highest volume of these procedures in New Jersey, and throughout the country, and sees cure rates much higher than with EP ablation alone. More than 30 patients have undergone the procedure at Hackensack University Medical Center. More than 70% of patients have fully responded, eliminating all AFib and the need for any antiarrhythmic drug therapy. This includes patients with 2 to 5 prior ablation procedures and also those with long-standing, persistent AFib.

For some patients with atrial fibrillation such as those with long-standing, persistent arrhythmia or those who have multiple prior procedures, traditional catheter ablation does not offer adequate outcomes. Hybrid ablation offers patients an alternative procedure which addresses triggers for atrial fibrillation that could not be addressed by either catheter ablation alone or with surgery.

The hybrid approach can be performed in a single hospitalization, or as a two-visit procedure. When completed in one visit under general anesthesia, experts from multiple specialties collaborate to perform separate parts of the procedure at the same time. A cardiac surgeon, such as Dr. Mark Anderson or Dr. Yuriy Dudiy, accesses the heart from the outside through a small incision under the sternum and enters the pericardial space with a videoscope. A vacuum-assisted radiofrequency device is employed to perform ablation in the posterior (back) wall of the left atrium. Following this, an electrophysiologist, such as Dr. Robert Alman and Dr. Grant Simons, accesses the inside of the heart using catheters inserted through veins in the leg to complete the ablation procedure.

Minimally invasively accessing this critical region of the posterior wall of the left atrium along with the catheter ablation has shown to be effective particularly in difficult-to-treat patients. Selection of the appropriate patient for this procedure can be accomplished in consultation with an electrophysiologist who will then perform procedural planning with the surgical team.