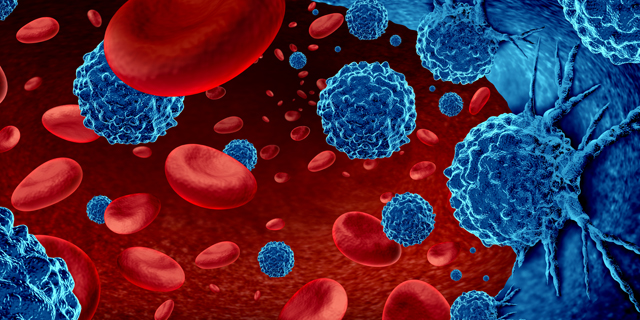 Idecabtagene vicleucel is the first approved patient-specific cell therapy, or CAR-T treatment, that targets a protein called B-cell maturation antigen (BCMA) found in malignant plasma cells. It is approved as a one-time infusion, customized using a patient’s own T-cells, which are collected and genetically modified, and infused back into the patient. After they are injected back into the patient, the re-engineered immune cells seek and destroy BCMA-containing cells.

Multiple myeloma is a type of blood cancer that affects the plasma cells located in the bone marrow, which play an important role in the body’s immune system. Multiple myeloma can manifest in many different ways, including broken bones, anemia, kidney problems and infections. The number of new cases of myeloma has steadily increased over the last three decades in the U.S. and globally, with only half of this increase attributable to an aging population. There are more than 30,000 Americans who develop multiple myeloma cancer in the U.S. each year.

“Patients with multiple myeloma are in critical need of new therapies after attempting traditional treatments unsuccessfully,” said Dr. Siegel. “The approval of idecabtagene vicleucel as the first CAR-T cell therapy in multiple myeloma means we can offer hope to patients, many of whom have no other option.”

The results of the study were reported earlier this year in the New England Journal of Medicine in a paper co-authored by Dr. Siegel titled “Idecabtagene vicleucel in Relapsed and Refractory Multiple Myeloma.” The results showed that out of 128 patients who received idecabtagene vicleucel, 94 (73%) had a positive response with 42 (33%) of those patients having a complete response.

“This approval opens a new chapter for patients with relapsed or refractory myeloma,” said Andre Goy, M.D., M.S., Physician-in-Chief of oncology services, Hackensack Meridian Health, and Chair of the John Theurer Cancer Center. “At JTCC, we are grateful to be at the forefront of novel therapies development such as ide-cel. This not only expands treatment options in a very difficult situation for myeloma patients who have exhausted all other therapies, but we are also looking in ongoing trials at incorporating ide-cel earlier in the course of the disease. We are very proud that our myeloma program at JTCC, together with the best institutions in the country, has been leading the efforts of all novel therapies approved in myeloma for the last three decades.”