Researchers at Hackensack Meridian Jersey Shore University Medical Center have identified a new nephrology disorder that has been occurring as a result of the increased consumption of alcoholic seltzers in recent years. 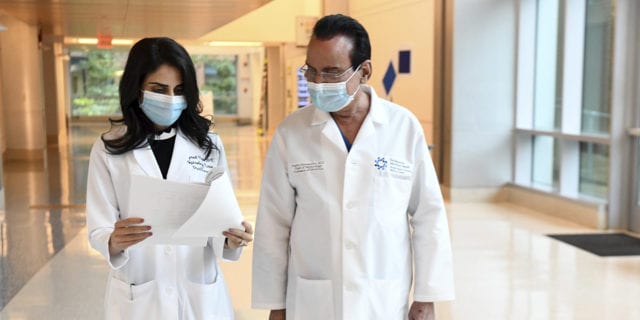 The research team embarked on the first study of its kind in the nephrology space by evaluating three cases in which hard seltzer consumed in large quantities resulted in severe symptomatic hyponatremia. The patients, who consumed an average of two or more six-packs of hard seltzer per day and more over the weekends, presented with seizures and serum sodium (PNa) of 96-112 mEq/L. While beer potomania has been observed for many years, the hyponatremia effects of excessive hard seltzer consumption are new. The study advised that an increase in the cases of Mehandru/Vachharajani Syndrome can be expected. The findings were published in the August 2020 edition of the International Journal of Clinical and Medical Cases.

Two grants will continue to fund Jersey Shore University Medical Center’s investigation of the genetic component of hyperkalemia in patients with Mehandru Syndrome, with the aim to identify and develop a protocol for treatment of these severe cases.