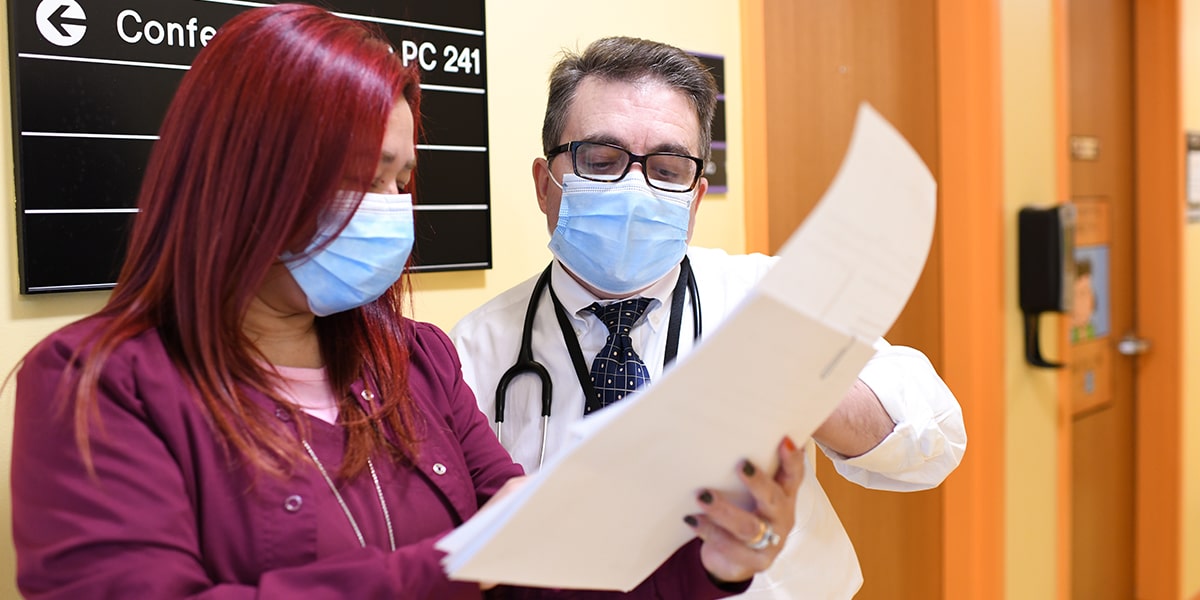 Physicians at the Joseph M. Sanzari Children’s Hospital at Hackensack University Medical Center participated in research that led to the discovery of a new and unique form of juvenile amyotrophic lateral sclerosis (ALS). This newly discovered form of ALS begins in childhood, worsens more slowly than usual and is linked to the SPTLC1 gene that manufactures a type of fat called sphingolipids.

The research paper, titled “Childhood amyotrophic lateral sclerosis caused by excess sphingolipid synthesis,” was published in Nature Medicine in May. During the international study, which included 11 patients, researchers began by analyzing the patients’ DNA and the DNA sequences that tell the body how to make proteins. In addition to identifying the SPTLC1 variant that manifests as childhood-onset ALS, researchers determined that four of the patients inherited these changes from a parent, while six patients had gene mutations that occurred around the time of conception.

The team then determined that the SPTLC1 mutations caused high levels of sphingolipids and prevented another protein from inhibiting the process that creates sphingolipids. The team created ribonucleic acid (RNA) molecules in the lab to “turn off” the mutated SPTLC1 genes, which reduced SPTLC1 gene activity and restored sphingolipids levels to normal.

Although additional research is needed, the team’s findings suggest that suppressing activity of the SPTLC1 gene may be an effective treatment strategy for this distinct type of ALS. The study also provides new information that may help researchers understand and develop treatments for other forms of ALS.

News of this research comes a year after the establishment of an interprofessional ALS Center, which brings together all of the specialists a patient and family may need in one clinic during a single visit at Hackensack University Medical Center.