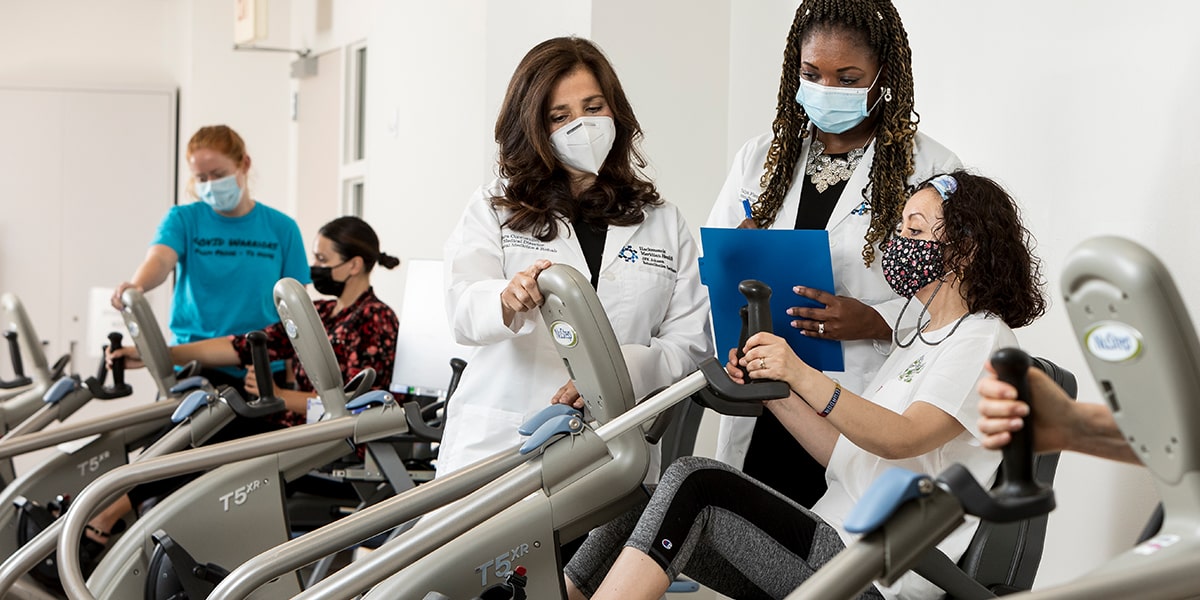 A landmark study at JFK Johnson Rehabilitation Institute on rehabilitation for stroke survivors is revolutionizing the way the medical community thinks about stroke recovery. The study, which earned the Excellence in Research Writing Award from the Association of Academic Physiatrists from the “American Journal of Physical Medicine and Rehabilitation,” showed that stroke survivors can substantially reduce their chances of dying within the year by completing a comprehensive program of cardiac conditioning and lifestyle counseling.

“We are so proud of JFK Johnson Rehabilitation Institute for this award and their groundbreaking research, which may ultimately change the lives of thousands of stroke patients around the world,” said Robert C. Garrett, CEO of Hackensack Meridian Health.

The JFK Johnson Stroke-HEART™ Trials set out to determine if cardiac conditioning — similar to what’s offered to people recovering from cardiac disease — could improve death rates for survivors of serious strokes.

“As physical medicine physicians, we know how to get people with serious neurologic impairment moving,” Dr. Cuccurullo said. “There was this thinking that you can’t get stroke patients to exercise. But we found that with some modifications stroke patients can exercise safely. And we are finding the benefits to be substantial.”

Learn More about other advancements and clinical innovations.