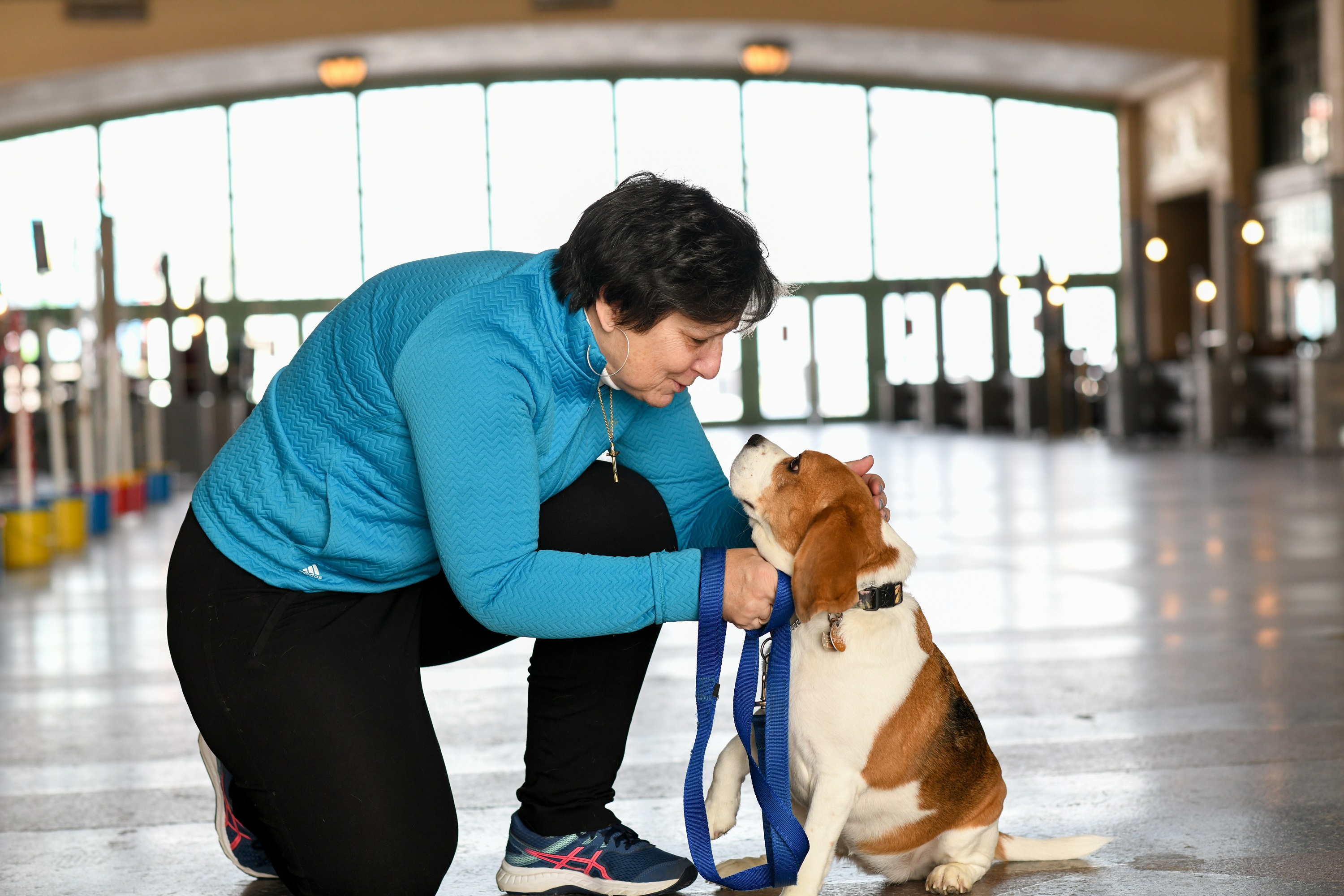 Sue Blasi was at one of her favorite places, the golf course, when her left knee gave out in summer 2020. The injury was the last straw for the former operating room nurse at Jersey Shore University Medical Center, who knew that progressive wear-and-tear arthritis affecting the joint would eventually stop her from playing her beloved sport and taking long walks with her cherished beagle, Journey.

“My knee was the size of a grapefruit and became too painful to even walk my dog, which is super important to me,” recalls the 62-year-old Sea Girt, New Jersey, resident, who spent 15 years at Jersey Shore before changing careers by opening a consulting firm and becoming a spiritual counselor.

But Sue’s 15 years on staff at Jersey Shore—where her father had been a surgeon—provided key insight into treatment options and available expertise. She tapped hip and knee orthopedic surgeon Greg Roehrig, M.D., after noninvasive measures such as anti-inflammatory medications and physical therapy weren’t effective.

Dr. Roehrig determined Sue was a candidate for a partial knee replacement. A series of specialized x-rays revealed her knee damage was limited to one area at the inside of the joint, which could be replaced by a metal and plastic component while leaving the healthy portion of the knee intact.

“Even though partial knee replacement isn’t as well-known as total knee replacement, it’s been around for decades and a lot of research supports how effective it can be,” Dr. Roehrig explains. “We had a great opportunity to preserve the two-thirds of Sue’s knee that didn’t need replacing and simply replace the one-third that did.”

A big advantage of partial vs. total knee replacements is its minimally invasive approach that requires only a small incision. Sue’s surgery in November 2020 took about an hour, and she returned home later that day without any complications such as infection, blood clots or blood loss.

“It was uncomfortable, but bearable,” she recalls. “And I walked out of there using a walker.”

Only days later, Sue was already deep into a four-week course of outpatient physical therapy, strengthening muscles and restoring the knee’s full range of motion. “My biggest concern being an athlete was I’d overdo it, so even though I could have swung a golf club four weeks after surgery, I delayed that,” she explains. “I wanted to give my body the best shot to heal.”

Her steadfast approach paid off. Sue can’t even feel the artificial portion of her knee joint and was back on the golf course—where she’s highly competitive in local tournaments—three months after surgery. “I go to the gym, I work, I golf, and I happily walk my dog 3 miles at a time,” Sue reports. “I feel like I have no limitations.”

“For Sue, it was a bit like coming home,” he says. “There was a comfort level as a former team member, coming back to an environment she was so familiar with. But the same environment is available to patients who aren’t team members, because our team is welcoming, compassionate, diligent and meticulous with doing everything the right way.” 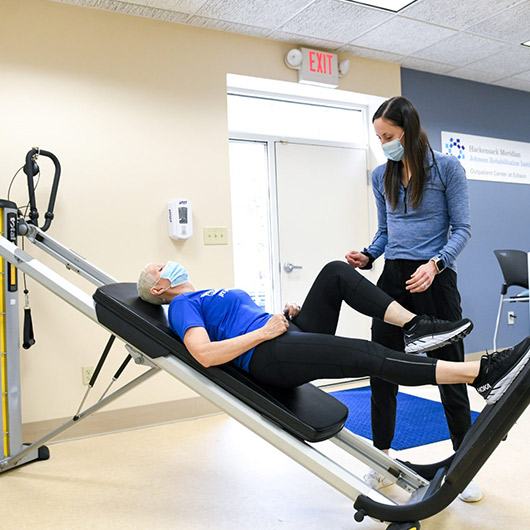