Robotic Surgery Gets the Job Done after Prostate Cancer Diagnosis 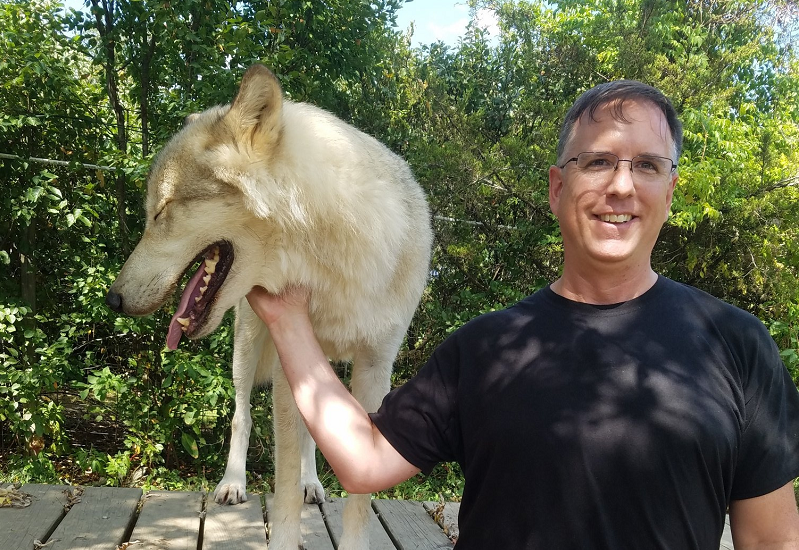 Although Scott knew he had a family history of the condition because his father was treated for Stage 4 prostate cancer and requires ongoing care, his diagnosis at such a young age was nonetheless unforeseen and “earth-moving.” Scott made it his mission to find the best doctor to provide effective treatment tailored to his condition, age and lifestyle.

“Even though I was diagnosed with Stage I prostate cancer — meaning that we caught it early and it had not spread — I knew not to take this lightly because of what my father continues to go through,” said Scott, who was diagnosed in August 2019.

Scott scheduled a consultation with Michael S. Lasser, M.D., FACS, urologic surgeon and medical director of Robotic Surgery at JFK University Medical Center. Dr. Lasser went over all of Scott’s treatment options, which included active surveillance, radiation,  and surgical treatments, and discussed the pros and cons of each.

“I believe in taking a shared decision-making approach to patient care, which means that the patient and I discuss all treatment options — including the benefits and risks — and decide together which is best for the patient’s unique situation ,” said Dr. Lasser.

“Dr. Lasser took the time to go over all my options with me,” said Scott. “Although a robotic radical prostatectomy was his recommendation, I never felt pressured and the decision about my treatment was ultimately mine.”

Scott was intrigued by the possibility of robotic prostate cancer surgery. Robotic surgery is a minimally invasive surgical approach that is performed through several small incisions instead of one large incision commonly used in traditional surgery.

For Scott, the smaller incisions combined with increased precision in difficult-to-reach areas of the body meant a lower risk of post-surgical complications and lower chance that he would experience long-term side effects or require further treatment. Side effects after robotic prostate cancer surgery may include incontinence and erectile dysfunction, but they are usually short term and improve over time.

And because Scott was only 52, he and Dr. Lasser agreed that he was strong and healthy enough to safely undergo robotic surgery.

A Successful Procedure with Great Results

“Everyone on the team at JFK was professional, friendly and reassuring,” said Scott.

After the procedure, Dr. Lasser told Scott everything went smoothly. As expected, Scott stayed in the hospital overnight for observation before being discharged to recover at home.

“I took almost no pain medication, and was back to work within two weeks,” said Scott, a data analyst. “Just a month after the procedure, I couldn’t even believe I had any kind of surgery because I didn’t feel any pain or discomfort.”

Scott experienced lingering, mild sexual side effects for about a year after the procedure and took medication to help repair expected nerve damage resulting from the procedure. But nearly two years later, the side effects have completely faded, and he no longer requires medication.

“I know that the side effects of treatment are a big concern for most men because I was concerned about them, too,” said Scott. “Dr. Lasser helped me understand the risk factors of each treatment option, so I knew what to expect.”

For anyone considering robot-assisted surgery, Scott said that the robot is an amazing tool — and with a highly trained and experienced surgeon at the controls, it’s a treatment option that can deliver remarkable results.

“Many surgeons and surgical specialties at JFK University Medical Center are trained and experienced in robotic surgery.  It can be a less invasive  treatment option for properly selected patients,” said Dr. Lasser.

Two years later, Scott remains cancer-free. He wants to share his story so other men facing a prostate cancer diagnosis know that recovery is possible with early detection and expert treatment.

“It doesn’t hurt to get tested early, and it’s important to act if you receive a diagnosis. Why take the risk of ignoring it?” said Scott. “I have years ahead of me and I’m glad I caught this early. I didn’t want to be chasing this condition for years like my Dad, so I chose the treatment path that fit me best.” 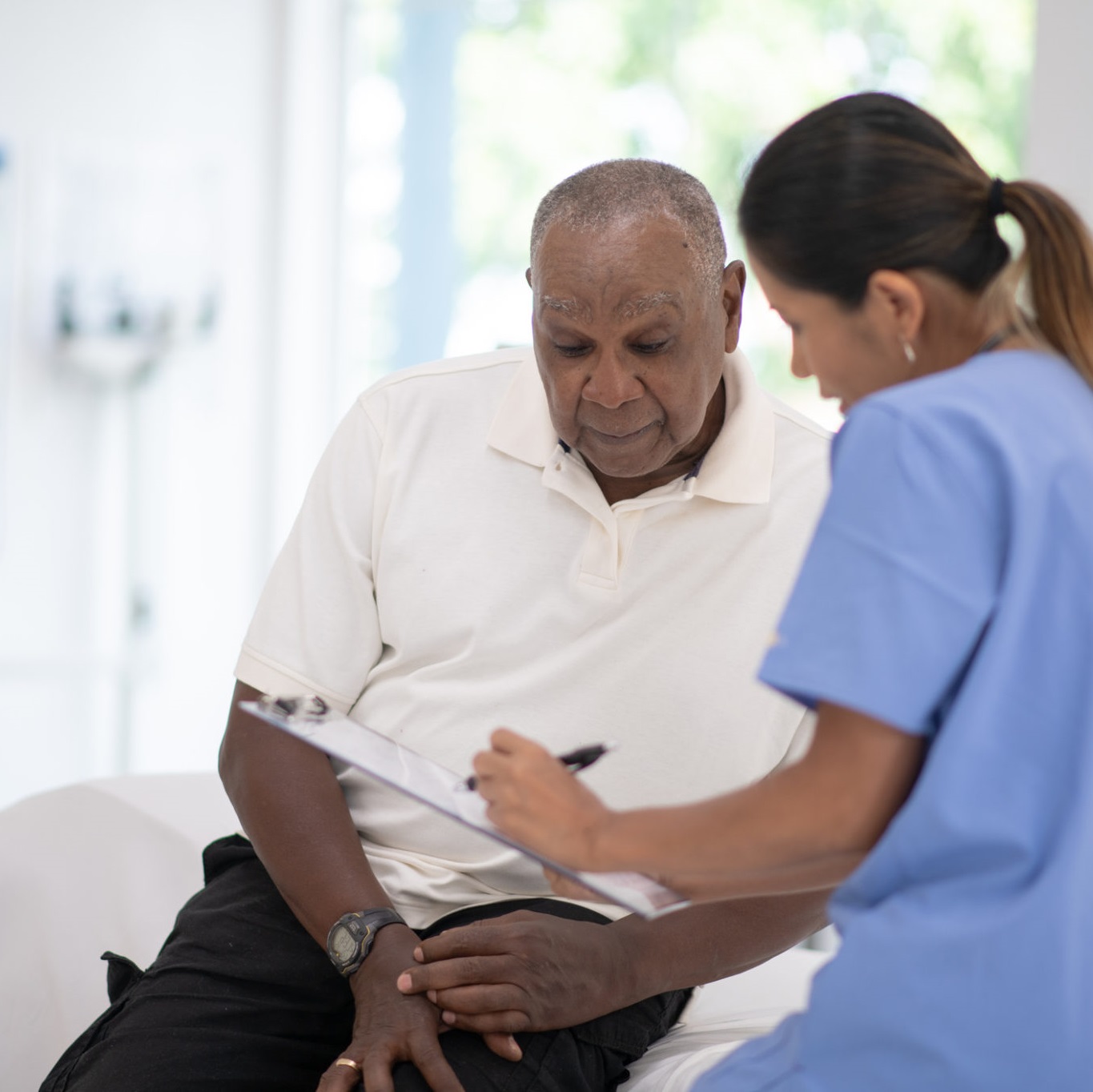 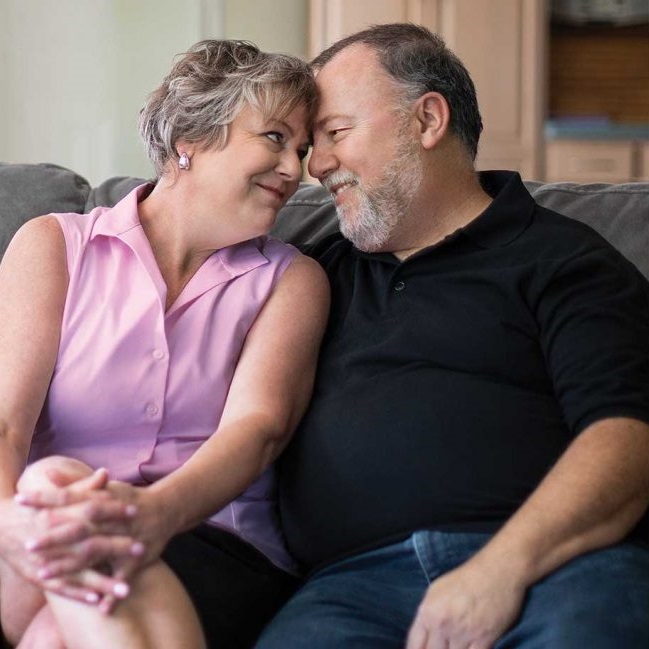 Mark, then 56, hadn’t experienced any early symptoms of prostate cancer, which can include urinary urgency or frequency. But routine blood tests showed his level of prostate specific antigen (PSA), a protein that can signal prostate cancer or other problems, was creeping up. 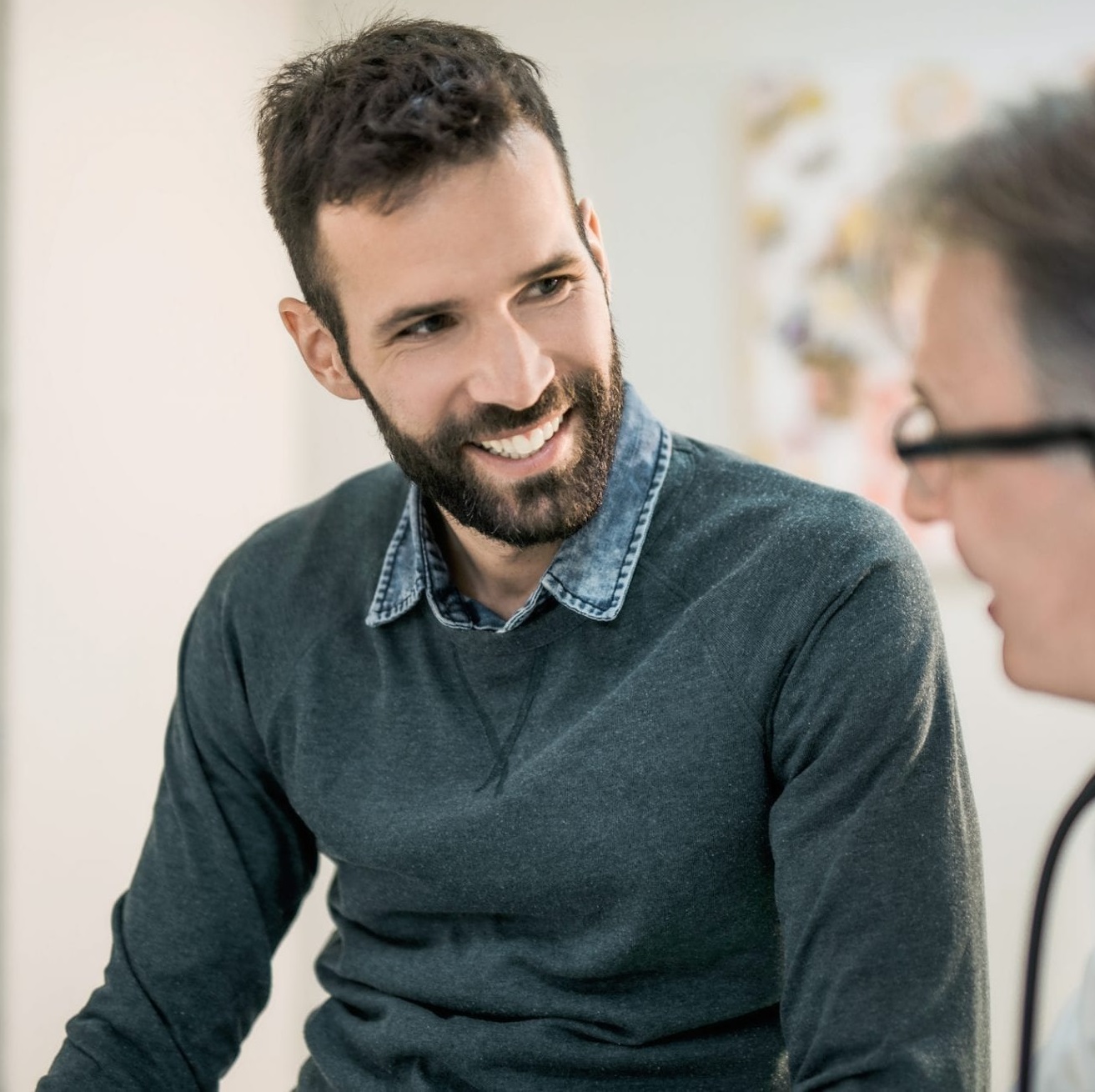 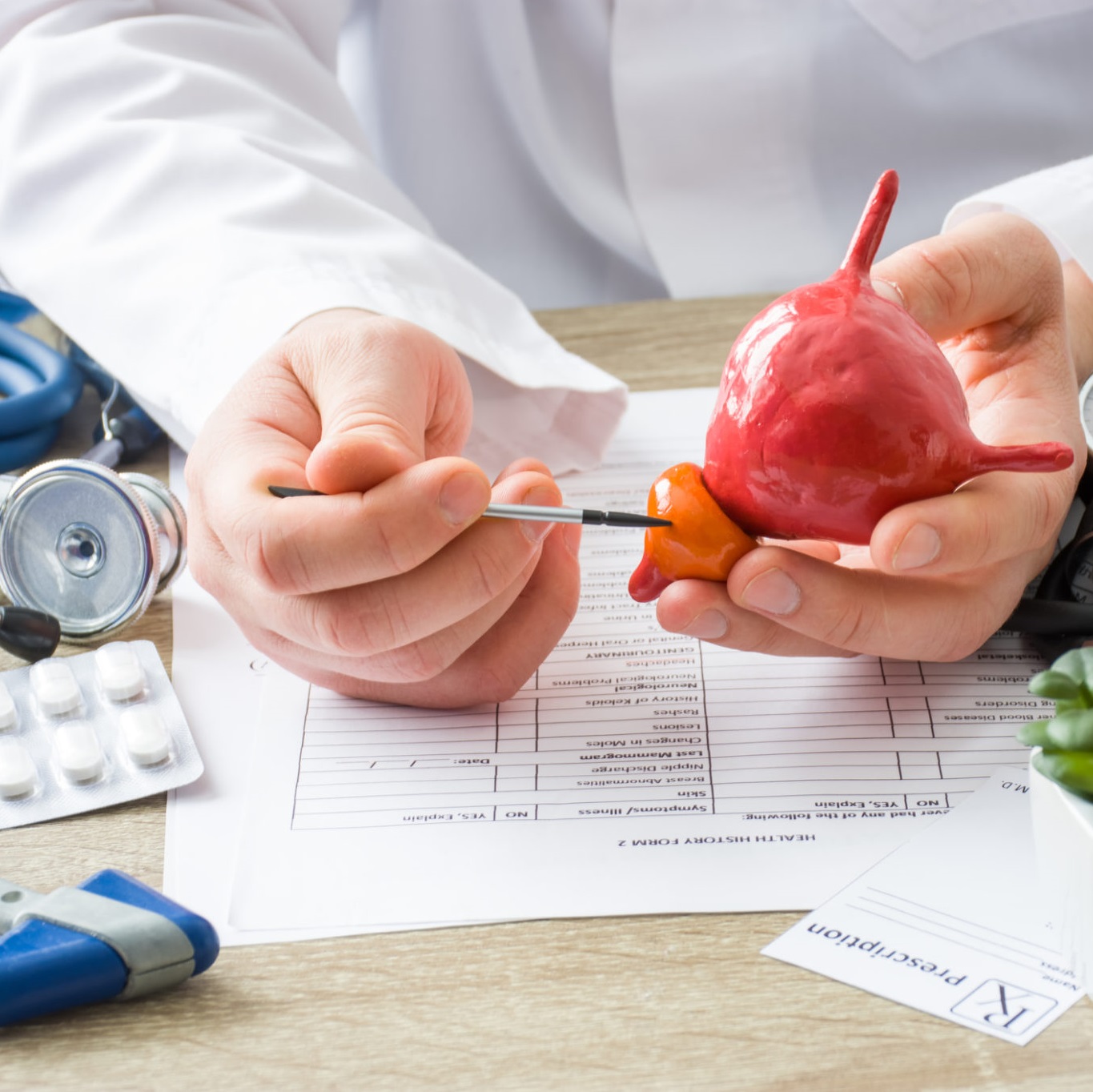 Our expert urologists describe three things you can expect after your prostate is removed. 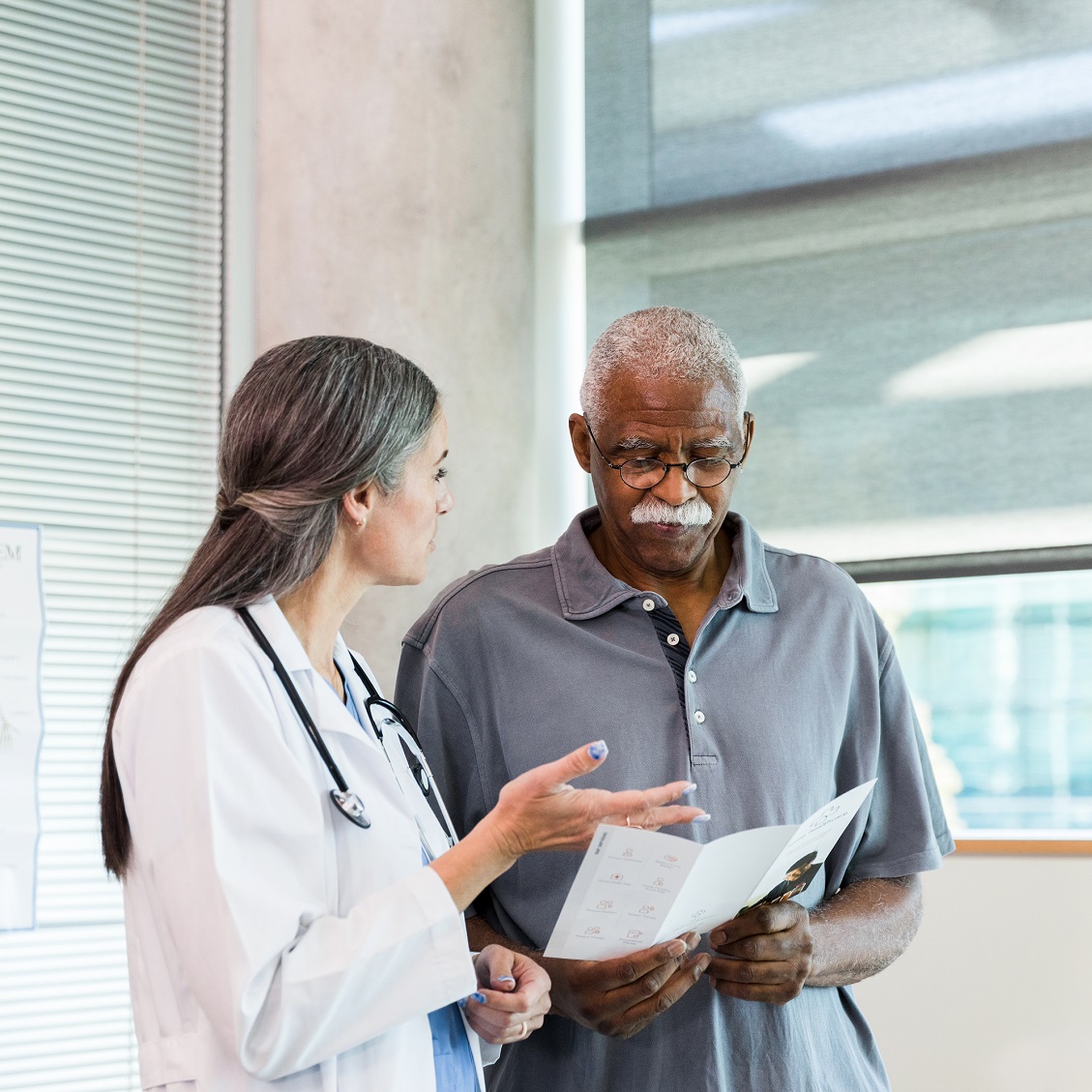 Expert physicians share answers to 8 of the most commonly asked questions about radiation therapy for prostate cancer.