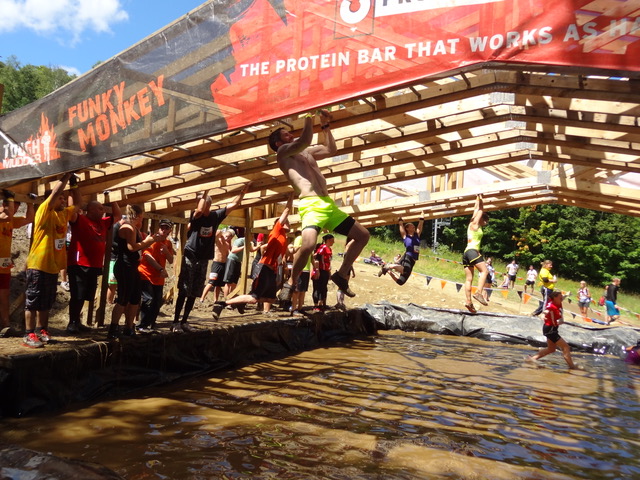 Adam Wernow, a longtime distance runner, doesn’t consider patience one of his virtues, but tenacity sure is. It was this trait that led the Long Island, New York, man to Hackensack Meridian Health after he refused to resign himself to a sedentary life when he experienced symptoms that made running impossible.

In late 2017, Adam was training for his second New York City marathon when he thought he pinched a nerve in his neck, resulting in pain so severe he could barely sleep. Soon after, reflux forced him to prop himself up at night. Even walking up a flight of stairs left him winded.

Adam suffered for more than a year with these baffling and debilitating symptoms. Finally, a pulmonologist told Adam that what he thought was a pinched nerve was really phrenic nerve damage that prevented his diaphragm from working properly.

“The doctor told me I should just live with it since I seemed to breathe OK as long as I didn’t exert myself and there was no immediate danger to my health,” recalls the father of two. “I was faced with the idea of not being able to exercise normally. Approaching 50, I wasn’t ready to become a couch potato.”

The Search for Answers

Physically active since age 20, Adam visited a series of specialists—who either couldn’t pinpoint his diagnosis or offered no hope—before internet research by his wife, Eleanor, produced Matthew Kaufman, M.D.’s name and credentials. “I just kept looking for a solution, and I knew there had to be one,” says Adam, who works in the financial field. “Having exhausted every other possibility and given the choice between giving up running and driving to New Jersey, I’ll drive to New Jersey.”

Dr. Kaufman offered Adam an escape from that fate. As a surgeon board-certified in both plastic and reconstructive surgery and otolaryngology-head and neck surgery, he understands how to reconstruct facial nerves and treat peripheral nerve injuries. In 2007, he began applying those skills in innovative ways to successfully treat phrenic nerve injuries and diaphragmatic paralysis. Since then, patients with phrenic nerve damage have come to the Center for Paralysis and Reconstructive Nerve Surgery at Jersey Shore University Medical Center from around the U.S. and the world.

“There’s still this presumption that a paralyzed diaphragm is permanent,” Dr. Kaufman explains. “Before coming to us, most of our patients are told by a physician there’s nothing they can do and they have to learn to live with it. We’re slowly changing that mindset, but it takes a long time.”

Adam’s case was perplexing but not uncommon, Dr. Kaufman notes. Phrenic nerve damage more typically results after surgery on the neck or chest, from trauma or among laborers who routinely work with their arms over their heads. Adam’s case didn’t have a traceable cause, but he was a good candidate for phrenic nerve reconstruction because time alone hadn’t improved his symptoms, but his nerves and muscles could still respond to treatment.

The three-hour surgery required incisions in two body areas, borrowing a nerve from Adam’s calf to bypass his damaged phrenic nerve and replacing his calf nerve with another from a cadaver. Dr. Kaufman also rerouted nerve connections in Adam’s neck to support the new phrenic nerve. 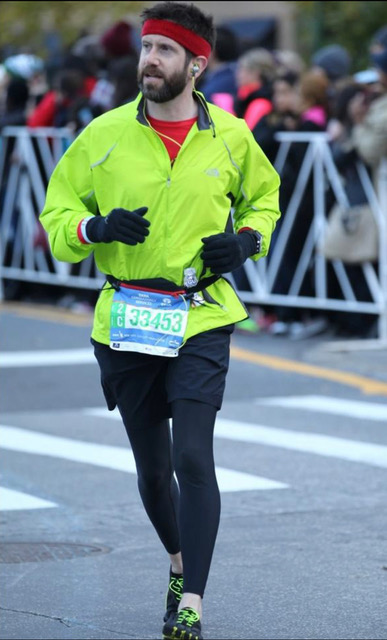 Dr. Kaufman cautioned Adam that significant recovery would take up to a year and require intense and dedicated physical therapy that incorporates cardiovascular exercise, muscle strengthening and breathing exercises.

Adam was up for the task, however grueling. Quick wins included the ability to sleep lying down again as his reflux subsided, but major improvements in Adam’s breathing while running on a treadmill took about 10 months.

“I’m not the most patient person in the world, and I couldn’t help feeling, as an active person, that I should recover faster,” he says. “But your nerves don’t really know that. A broken nerve doesn’t care if you have strong muscles and is going to take its sweet time to recover.”

Adam wept when he learned through testing that his diaphragm was finally functioning normally. Now 53, he’s again running long distances, lifting weights and planning to enter events ranging from 5Ks and half-marathons to obstacle races and marathons.

“My experience with the surgery itself was great, and I feel I got really wonderful care at Jersey Shore,” Adam says. “I still get calls from them to check how I’m feeling. I can only say good things.”

Dr. Kaufman is equally satisfied with Adam’s outcome. “He went from complete paralysis to having normal movement of his left diaphragm. That’s a home run,” Dr. Kaufman says. “We gave him his life back. He was so excited that he could sign up for a marathon again.”

Bloomfield, New Jersey, Runner Back on Her Feet After Spine Surgery

Hazlet man chooses to stay local for spine surgery. Robert Raneri, 59, has never shied away from heavy lifting at the liquor store he co-owns. Knowing the importance of proper lifting...