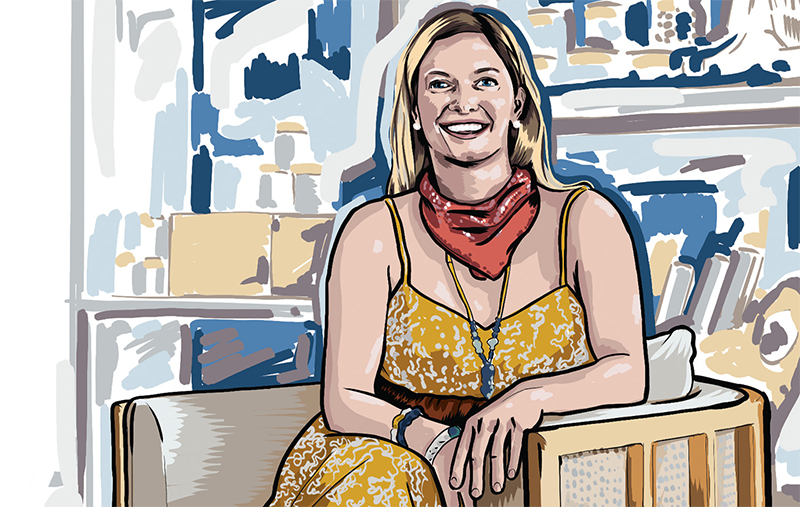 When Colleen Rosar went in for her very first mammogram at age 40, she thought she was just checking something off her to-do list. “I didn’t think anything of it. I thought of it like I was getting my teeth cleaned,” she says.

But by the end of that Friday in August 2019, Colleen had already had a mammogram, an ultrasound and a biopsy of her breast. The following Monday, she received the call from her doctor.

“She said that I had cancer,” Colleen says. “I don’t really remember what she said after that.

Colleen, founder and owner of a successful interior design business, had just opened a second location and a retail space in Bay Head, New Jersey, when she figured it was time for a mammogram. A friend of hers worked at the Women’s Center at Riverview Medical Center and helped coordinate her appointment with Bokran Won, M.D., a fellowship-trained breast radiologist and medical director of the Women’s Center.

Given that Colleen was young and had no other risk factors, cancer wasn’t a thought in her mind. According to the American Cancer Society, incidence of breast cancer in average-risk women in their 40s is only 1 in 65, while lifetime risk of breast cancer is 1 in 8.

But Colleen’s mammogram showed a small, distorted area that required a closer look. “When women have their baseline mammograms, it’s not unusual to have additional imaging studies,” Dr. Won says. An ultrasound confirmed that there was cause for concern.

“Colleen’s MRI showed extensive disease in the right breast,” Dr. Campo says. “In Colleen’s case, mastectomy leads to a lower risk of recurrence than lumpectomy because the span of the tumor was very large and in more than one quadrant of the breast.”

Within weeks of her initial diagnosis, Colleen had her bilateral mastectomy. “I didn’t even have time to think about it,” she says. “It was like a train. It went so fast. One minute I was in the doctor’s office, and the next minute I was waking up from surgery.”

Colleen went straight from her mastectomy surgery to breast reconstruction with plastic surgeon Peter T. Hetzler, M.D., FACS, chair of the Plastic Surgery Division at Riverview. For Dr. Hetzler, treating breast cancer patients is personal. He lost his mother to it, and his wife and sister both are breast cancer survivors. His life’s work has been dedicated to helping his patients heal in more ways than one.

“What women tell me is that it makes them whole again to have their reconstructions done as realistically as possible,” Dr. Hetzler says. “I think reconstruction really helps patients cope with the loss of their breasts. Of course, they’re always reminded that they’ve had mastectomies, but the advanced techniques that we’ve developed over the years have made these reconstructions so much more lifelike and realistic.”

For Colleen, Dr. Hetzler performed reconstruction using soft tissue expanders, placed immediately after her mastectomy. A few months later, after the skin over the breast area had stretched enough, the expanders were removed and replaced with silicone implants.

“I actually looked forward to going into his office every week when they would put fluid in my expanders. It just felt so comforting to be there,” Colleen says.

Because of the type of mastectomy Colleen had, her nipples were removed. “That was actually the toughest thing I had to deal with—when I found out I couldn’t keep my nipples,” she says. “For some reason, having the mastectomy wasn’t upsetting to me, but that sent me into a tizzy.

I couldn’t even wrap my head around it.”

This has left Colleen with another decision to make: to have surgically attached, reconstructed nipples or have them tattooed on. Colleen is leaning toward the tattoos. “I know the doctors want me to feel good and normal. But I don’t want anything attached to me, and I don’t want to lose any time doing something that’s not for my health,” she says.

Dr. Hetzler says the tattoos are becoming more popular and have come a long way. “These days, you can do what’s known as ‘trompe l’oeil,’ which when translated means ‘fools the eye.’ They actually look 3D,” he says.

“Because everything happened so quickly, I almost don’t even remember it,” Colleen says of her procedures. “I didn’t have a tough time physically with it. But emotionally, it’s been tough. It’s a lot to process. It has taken me a while to do that.”

Colleen leaned on her support system, including friends who came from all over the country to nurse her back to health. “I was back in the shop six weeks [after the first surgery],” she says. “My business is my whole life. It did really well because I have the best co-designer and studio manager. If I didn’t have her, I wouldn’t have been able to keep it going.”

Since her procedures, she has hiked part of the Appalachian Trail and hopped on a plane to Puerto Rico to go horseback riding.

“Colleen was quite the trooper through all of this. She was amazing,” Dr. Hetzler says. “The most remarkable thing was her spirit throughout the entire process. She’s kept such a positive focus, which helps the healing process.”

Despite seemingly insurmountable obstacles—which, on top of her breast cancer diagnosis, included a burst pipe in her store and temporary closure due to COVID-19—she presses on and has a new perspective. “Certain things at work are stressful, but it doesn’t carry the same weight anymore,” she says. “It’s all just stuff.”

Colleen is proof that a woman is never too young for a cancer diagnosis, and that early detection and fast action make all the difference. “Screening mammograms detect breast cancer before it becomes palpable, which leads to more treatment options and improved survival,” Dr. Campo says.

Colleen’s advice for young women? “Don’t be afraid to get a mammogram. Had I waited, this whole experience would have been even more emotionally difficult for me.” 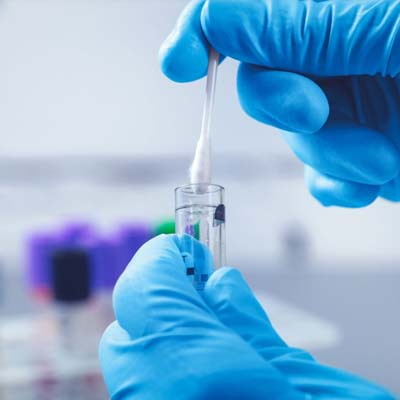 If you haven’t had a mammogram before, knowing what to expect can help alleviate fears you might have about discomfort. 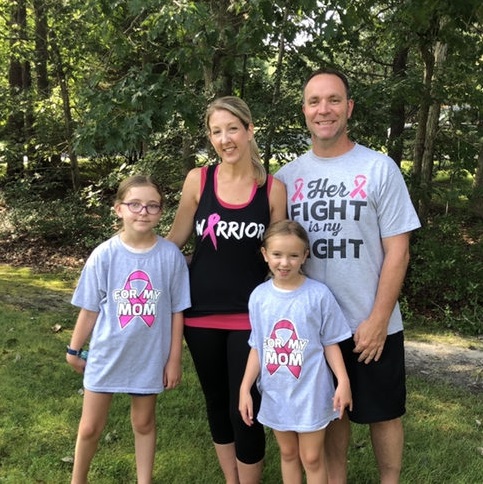 “Dr. Samra had a concrete plan to fix me up, and although I had a long road ahead of me, I just knew I was in the right place.” — Jessica Fioretti

“Before participating in the program, it was uncomfortable to even sit. Today, I feel fantastic and can do everything I want to. I feel normal again.” — Terri Patino, 64, Freehold, NJ 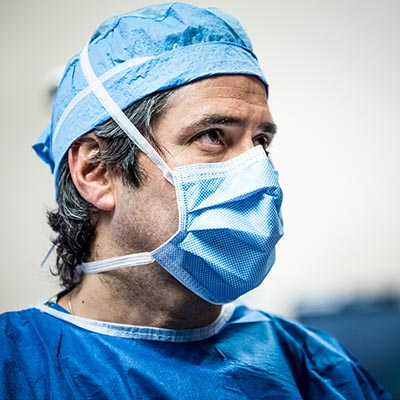 In 2019, Lizanne Fiorentino of Suffern, New York, was visiting a dermatologist for her psoriasis. The doctor noticed a lesion on her left ankle.