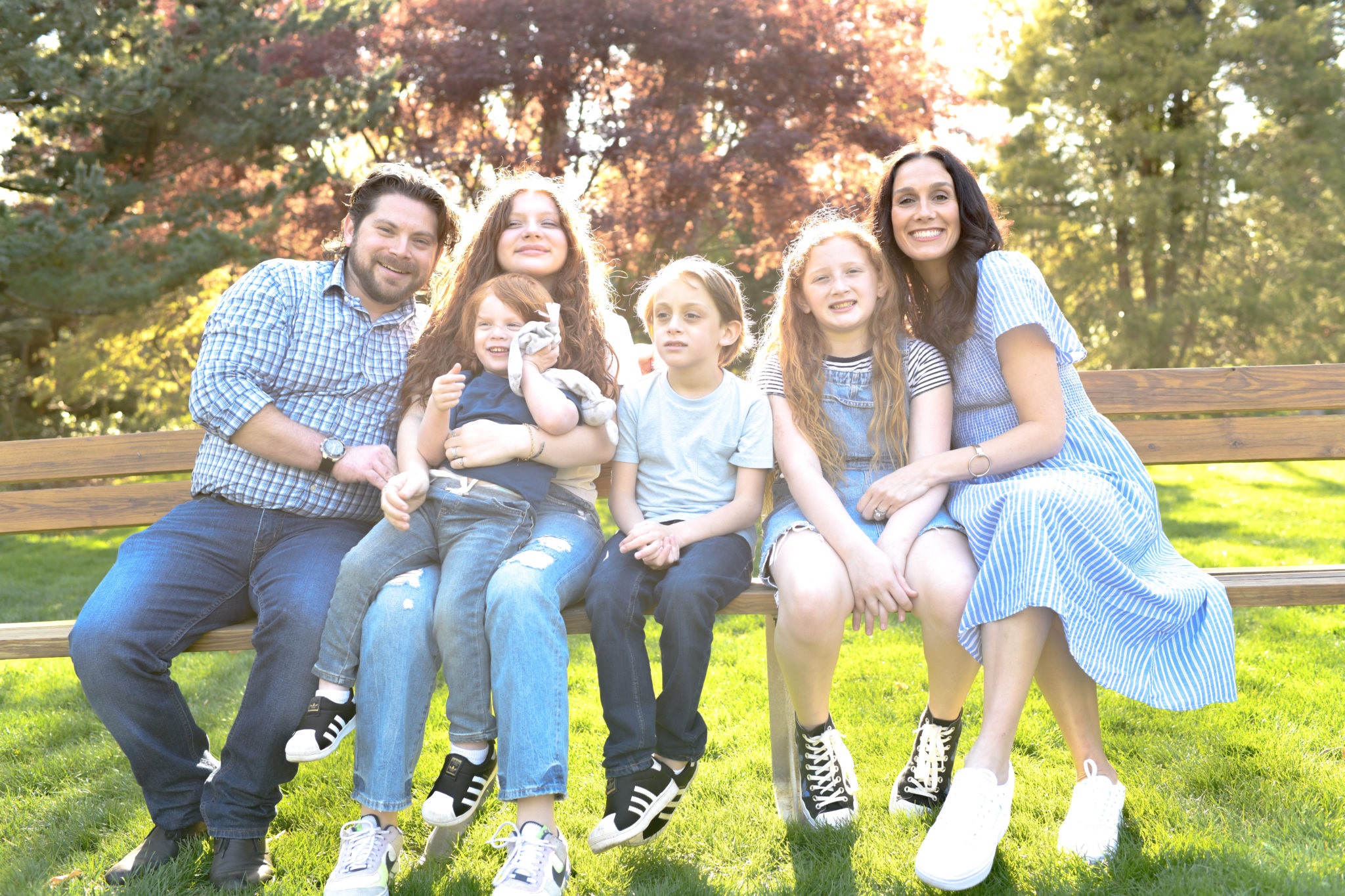 When Laura Kudowitz went to her doctor for her 20-week ultrasound, she left the appointment both thrilled and terrified. First, she learned that after two daughters, she was having a boy. But she also found out there was something wrong with her baby.

“They said he had a blockage in his urethra and that he would likely need surgery when he was born,” Laura says. “But they assured me he’d be fine.”

The next day, after the OB/GYN reviewed the ultrasound, Laura and her husband, Brian, got a phone call asking them to return to the hospital for further evaluation.

Because of the blockage, Laura and Brian’s son could not empty his bladder in-utero. Urine was backing up into his kidneys. He had posterior urethral valves (PUV), which are obstructive membranes that develop in the urethra, the tube that drains urine from the bladder. The abnormality affects only male infants and occurs in about 1 in 8,000 births.

Brian and Laura were filled with questions and uncertainty: Would Laura have enough amniotic fluid to support the pregnancy? Would the baby be born with any kidney function at all? Would he need a kidney transplant upon birth?

“We were absolutely devastated,” Laura says. “During that time, there was a lot of crying in the shower so my girls couldn’t hear. They were so excited about their baby brother.”

Laura and Brian weren’t ready to give up, especially not after pediatric urologist Richard Schlussel, M.D., gave them the hope they needed to keep fighting.

“Sometimes, there comes a time to give up, but not at the beginning,” says Dr. Schlussel, who reviewed the baby’s ultrasounds once the PUV was found. He told them, “Let’s fight. Let’s at least try. There are plenty of kids like this who come through.”

The rest of the pregnancy was stressful, Laura says, but mostly uneventful. At 34 weeks, she gave birth to a beautiful boy named Paul, born May 27, 2013, at a local hospital. Just moments after Laura held her newborn for the first time, Paul was taken to the Neonatal Intensive Care Unit (NICU) for observation. From her bed in recovery, Laura told her husband to go wherever the baby goes. He dutifully obliged.

At just 1 week old, Paul underwent his first surgery to remove the blockage in his urethra. For the next 22 days, he remained in the NICU.

“Dr. Lieberman looked straight at us and told us he was going to take care of my son,” Laura says. “It’s all I wanted to hear—just that he was fighting for him.”

The next few years of Paul’s life are what Laura calls “the quiet years.” Though he was still having labs, ultrasounds and bloodwork performed every few months, there were no major medical events. But things weren’t improving either.

“We knew one day he’d need a kidney transplant,” Laura remembers. “He just wasn’t getting better.”

As a first grade teacher at the same school Paul attended, Laura was able to manage her son’s illness while she worked. If he felt tired, which he did often, she could let him rest in the nurse’s office at school. If he needed quick treatment for a UTI, she was there to handle it.

“He was falling asleep in school, taking so many medications and wasn’t really growing,” Laura says. “I finally realized, ‘My son is not healthy. We can’t normalize this any longer.’”

Years before, Dr. Lieberman told Paul’s parents that they would manage Paul’s condition medically until they couldn’t. Only then would they consider surgical options. The time had finally come.

They scheduled an eight-hour-long bladder augmentation surgery for March 31, 2020, but because of COVID-19 pandemic, it was delayed. While they waited for their surgery date, Brian and Laura held virtual visits with Dr. Lieberman every month.

In May, the transplant discussion began, and Laura and Brian were evaluated to see if they were matches for Paul. They both were, but Laura opted to be the donor.

“The vast majority of donors for kids are their parents,” says Michael J. Goldstein, M.D., director of Abdominal Organ Transplantation at Hackensack. “If the parents are healthy enough and have a compatible blood type, the other considerations are the size of the child and the size of the donor kidney.”

In July 2020, Dr. Schlussel performed a successful bladder augmentation for Paul. “It was so significant because, afterward, it was the first time in Paul’s life that he wasn't wet all the time. He recovered beautifully from a very long, very complicated surgery,” Dr. Schlussel says.

Three months later, on October 26, 2020, Dr. Goldstein removed Paul’s diseased kidneys and replaced them with one of his mother’s healthy kidneys. The new kidney was placed near the center of Paul’s abdomen.

“His mom’s kidney is essentially providing all of his renal function now,” Dr. Goldstein says.

Nephrologist Ankita Patel, M.D., who evaluated Laura medically to become a kidney donor, had no doubts about her viability as a donor.

“Laura runs six miles a day, is super healthy, works and takes care of all her kids,” Dr. Patel says. “She’s an amazing woman and was a perfect donor.”

Today, Laura is still running every day and feels just like she did before surgery. The biggest difference now is the great relief she feels about knowing her son is healthy.

Since receiving his new kidney, which he lovingly refers to as “Ted,” Paul has energy and an appetite like never before. He’s gained weight and gotten taller, too, Laura says.

“There’s a lightness to him now,” Laura says. “He just gets to be a kid and not worry about feeling sick all the time.”

Eventually, Paul will need another transplant, as they unfortunately don’t last forever. But “Ted” will likely be a part of Paul’s body for at least 20 more years, Dr. Goldstein says.

“At the very beginning, when we thought all was lost, our care team told us to fight and that our baby was worth fighting for,” she says. “They have no idea, but they changed the entire course of our lives by telling us that.”

Meet our sources: Richard Schlussel, M.D., Ankita Patel, M.D., Michael J. Goldstein, M.D. and Kenneth Lieberman, M.D. To make an appointment with one of these doctors or one near you, call 800-822-8905 or visit our website.

5 ways to calm your child’s nerves about surgery

How much bedwetting is too much?