When Laryngeal Cancer Steals a Voice 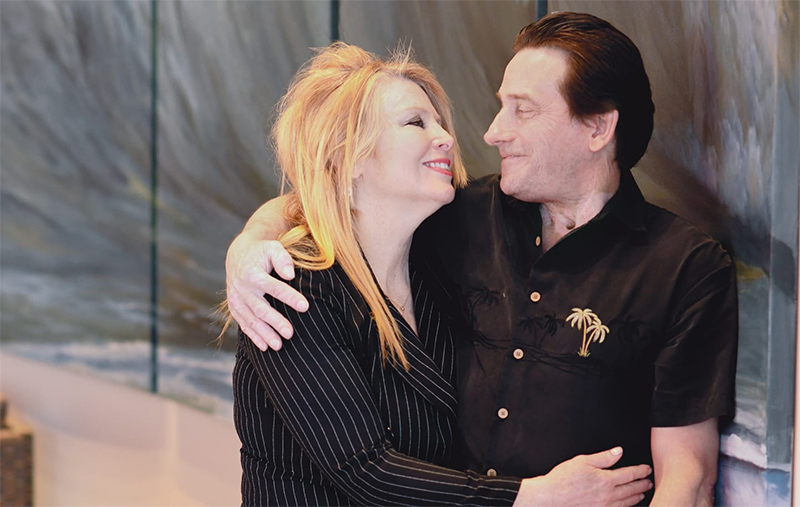 For more than 30 years, Andrew Spaschak expressed himself in song. Although it wasn’t his vocation—he’s had numerous careers, including selling furniture, owning carpet stores and working with computers—singing was his passion. So when his voice became hoarse in September 2014, he thought nothing of it. He was used to the sort of laryngitis one gets from singing his heart out. Fluids and rest would do the trick, he resolved.

This time, however, they didn’t. By early November, Andrew’s voice was barely a whisper. After two months of vocal stress, he went to the Emergency Department at Southern Ocean Medical Center, where Lynn Bezpalko, D.O., an ear, nose and throat (ENT) doctor, examined him and sounded a swift alarm.

“He immediately said, ‘There’s cause for concern,’” recalls Andrew, now 59 and residing in Montville, New Jersey.

“When I originally saw Andrew, he presented with symptoms—hoarse­ness, sore throat—that suggested the presence of a cancer,” recalls Dr. Newkirk.

A neck biopsy confirmed the diagnosis: Andrew had stage IV laryngeal cancer, cancer of the larynx, or voice box.

“Dr. Newkirk was very positive but also transparent with me,” Andrew says. “He told me that it would require a lot of effort on my part to fully recover from this, but that it was possi­ble. He didn’t give me odds. He just said, ‘It’s possible.’”

What happened next changed more than Andrew’s body. It changed his entire life.

Dr. Newkirk told Andrew he could remove his cancer, but the price would be his voice.

“It’s one thing to tell a patient, ‘You have cancer and we can treat it.’ It’s another thing to say on top of that, ‘The treatment requires a surgery that is going to be life-altering,’” says Dr. Newkirk, who recommended Andrew undergo a laryngectomy, or surgical removal of the larynx. “Many people have trouble coming to terms with that, but Andrew was really great. Once we figured out it was the best option for him, he came on board very quickly.”

What for most singers would have been devastating, for Andrew was a blessing. “I was OK,” he says, “because I was going to live.”

Because laryngeal cancer is rare, most physicians have never performed a laryngectomy. Thanks to his specialty, however, Dr. Newkirk had performed many. Instead of traveling to New York or Philadelphia—his only option under other circumstances—Andrew could receive treatment near home, which he did on January 12, 2015, when Dr. Newkirk performed Jersey Shore’s first laryngectomy in 20 years.

During the 12-hour surgery, Dr. Newkirk removed not only Andrew’s voice box but also 26 adjacent lymph nodes. Afterwards, Andrew was cancer-free. And yet, his journey was just beginning. 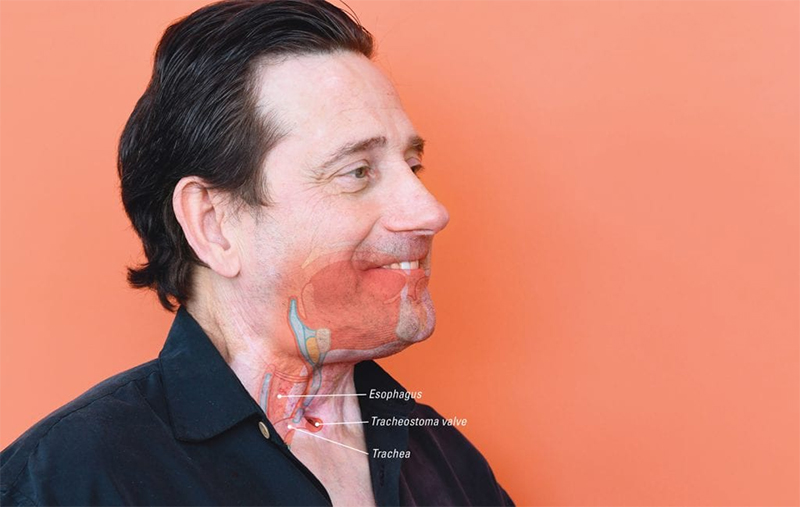 The laryngectomy was the first of two planned surgeries. Although it took Andrew’s voice, the second procedure, called a tracheoesophageal puncture (TEP), was designed to give it back. But first, Andrew had to make a full recov­ery from cancer, which took more than three years.\

“For three and a half years I had no voice,” says Andrew, who during that time com­municated primarily via email and text message. “I also am an amateur photographer, and I write poetry. So I had many avenues through which I could still communicate and be creative.”

Still, there were trying times. “I couldn’t even drive because I wasn’t allowed to turn my neck until the scar tissue healed,” Andrew continues. “There were moments of frustration, sure, but whenever I got frus­trated I reminded myself I was alive.”

One reason Andrew’s recovery took so long is that it was punctuated with radiation therapy and chemo­therapy, which Dr. Newkirk prescribed as a preventative measure to keep Andrew’s cancer from returning.

“I had 33 radiation treat­ments in a row and three chemotherapy treatments,” says Andrew, who received both therapies at Jersey Shore.

It was a lot for one per­son to handle. Fortunately, Andrew had Jersey Shore oncology nurse navigator Joan Hallman to lean on for assistance. “Joan was the key to everything,” says Andrew, who relied on Joan to answer all of his ques­tions and schedule all of his treatments. “She was such a positive force in my recovery. I can’t call her anything less than an angel.”

Joan wasn’t Andrew’s only angel. Another was his part­ner, Eileen. Andrew reconnected with Eileen, a former high school sweetheart, a year and a half after his laryngectomy. “For me, it was difficult [starting a new relationship without a voice], but not for her. She understood me by watching my hand ges­tures and reading my lips. She was great through the whole process. She’s a very loving person.”

As rewarding as life has been with a loving partner, it’s even better with a voice.

“It’s like being reborn,” says Andrew, who finally received his TEP surgery in June 2018 at Jersey Shore, where Dr. Newkirk created a hole between the trachea and esophagus that allows him to perform what’s known as “esophageal speech.”

Although it took him a while to master his new voice, Andrew began speaking as soon as he woke up from surgery.

“My first words were to Eileen,” he recalls. “I said, ‘Thank you for your help. I love you.’ And then Dr. Newkirk came around the corner as I was getting dressed. I looked at him and smiled, then said, ‘I can talk.’ He had this wonderful, warm smile on his face. It was a very special moment for both of us.”

“When a doctor operates on you for 12 hours, and you remain his patient for three and a half years after that, you feel connected to him,” Andrew continues. “Because he spent so much time saving my life, I felt obligated to recover.”

Dr. Newkirk, on the other hand, insists Andrew has only himself to thank. “Getting through a sur­gery like this, and then treatment afterwards, really is dependent on the patient,” he says. “We can do all the surgery we want, but if you’re not vested in your own recovery, it will be a very difficult road. What made recovery possible for Andrew was his commitment to his care.”

Although Andrew remains cancer-free, he must sustain that commitment for the rest of his life.

Twice a day, for instance, he must clean out his throat. And once or twice a year he’ll need to visit Hackensack University Medical Center, where a specialty-trained speech pathologist will replace his TEP implant.

But Andrew doesn’t mind the maintenance. It’s a minor inconvenience with major benefits, not the least of which is a new outlook on life. “When I went through this process, I learned just how wonderful some people can be and how much they matter,” says Andrew, who felt inspired by the care bestowed on him by doctors, nurses and admin­istrators at Jersey Shore. “It’s amazing to see all these people supporting you. And they don’t even know you. It makes you feel like living.”

Andrew won’t allow himself to be estranged from his hobbies, including music. “I can’t sing anymore,” he says, “but I can sure play guitar. And that’s good enough for me. There is life after a laryngectomy, and it’s a good life.”

“I kind of fell into this specialty,” says Dr. Newkirk, who specializes in the surgical treatment of head and neck cancers. “I never really thought I was going to be a surgeon, let alone a cancer surgeon. But when I was doing my training, I found that I really liked working with patients who had tough problems, like cancer, and were looking for a compassionate solution. I found that there were a lot of doctors who were good surgeons, but who were not always the most compassionate toward their patients. At the same time, there were a lot of doctors who were very compassionate, but weren’t very good surgeons. I was looking for an area of specialty where I could combine those two aspects of medical practice.”

Dr. Newkirk completed medical school at the Icahn School of Medicine at Mount Sinai in New York, after which he completed his training in head and neck surgery at MedStar Georgetown University Hospital in Washington, D.C., where he subsequently worked for 13 years prior to joining Hackensack Meridian Health in 2015. Presently, he’s an ENT-otolaryngologist at Coastal Ear, Nose & Throat in Neptune, New Jersey, and medical director of the Head and Neck Oncology Surgery Program at Jersey Shore University Medical Center.

“I have a very personal connection when it comes to dealing with cancer,” says Dr. Newkirk, who was midway through his career when he received a phone call at work: His mother had been admitted to the hospital for emergency surgery, during which the surgeon found cancer in her lungs. “Suddenly, I found myself in the same situation many of my patients are in: I received a lot of very overwhelming information in a very short amount of time, and I had to trust her doctors to do what was best for her. Fortunately, everything turned out well, but it really reinforced for me the philosophy I’ve always had—that part of being a good physician is being a good listener, being compassionate and being empathetic toward what your patients are going through. It had a huge impact on me.” 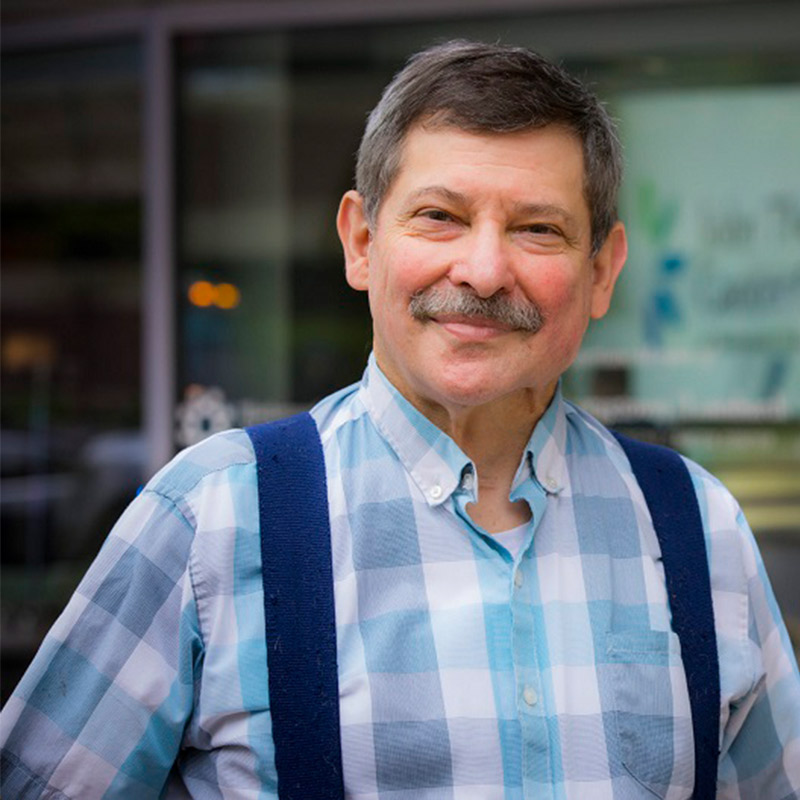 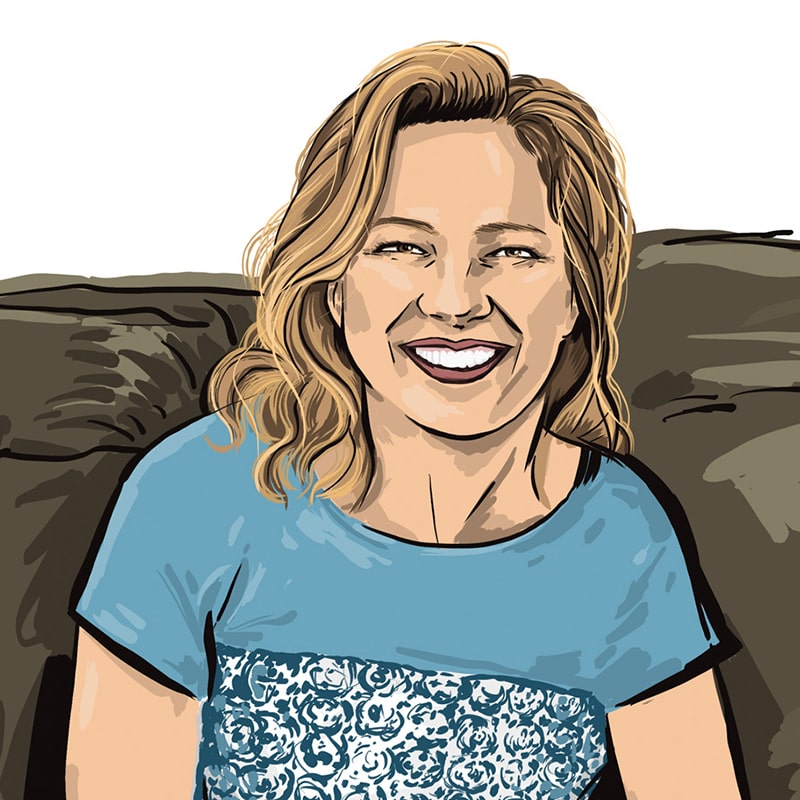 Foundation Donors Find Home Away from Home at Hospital 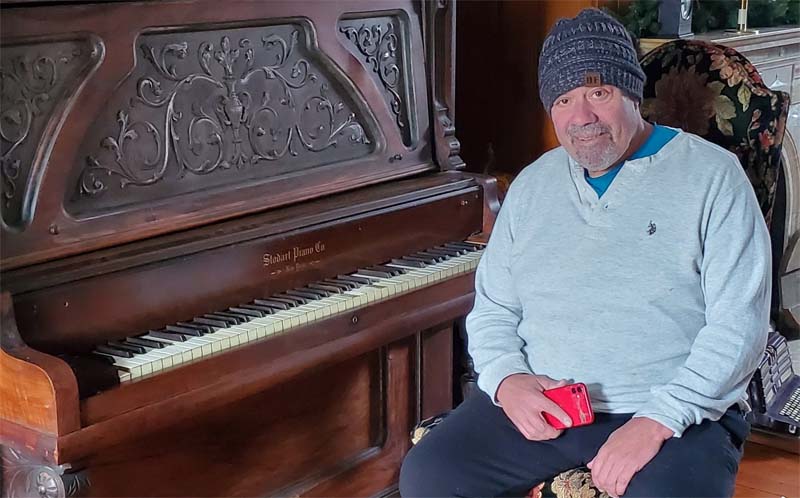